There are many different Buddhas represented in art. Following after the images of the historical Buddha Shakyamuni the next most common Buddha form to appear in art is likely to be Amitabha (immeasurable light). His popularity is based in the Mahayana Sutra literature of which there are many texts devoted to him. In art depictions Amitabha has two appearances. He can have the appearance of a standard buddha form (nirmanakaya), although red in colour, wearing the traditional patchwork robes of a monk. In his other appearance (sambhogakaya) he wears the clothing and jeweled adornments of a peaceful heavenly god according to the classical Indian system of divine aesthetics. 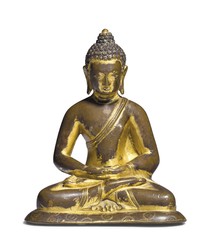 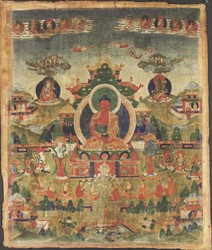 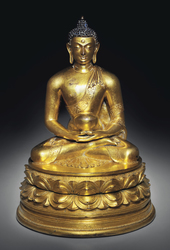 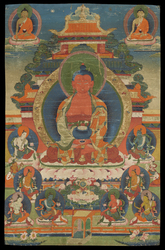 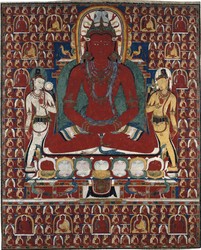 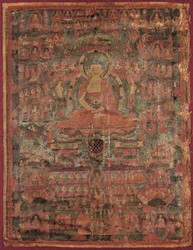 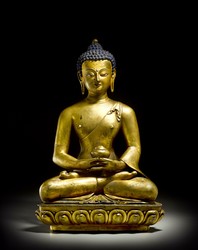 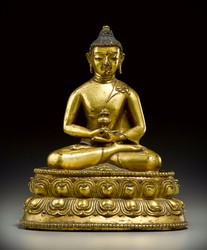 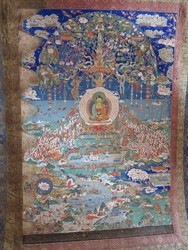 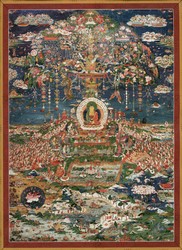 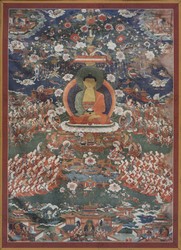