Maitreya (Tibetan: cham pa. English: Love), the bodhisattva of loving kindness and the Buddha of the next future eon after the age of Shakyamuni Buddha. Maitreya is believed to currently reside in the Tushita Heaven and is typically depicted as having either a Peaceful Appearance (Bodhisattva) or Buddha Appearance.

In painting, Maitreya is commonly depicted in peaceful appearance and very often grouped with the Eight Great Bodhisattvas. Either Shakyamuni or Amitabha Buddha typically appear as the central composition or sculpture for such sets. 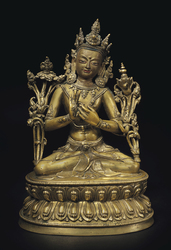 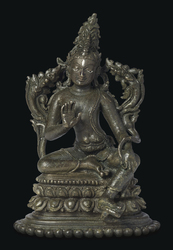 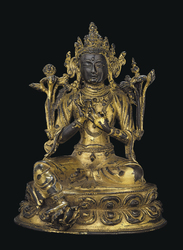 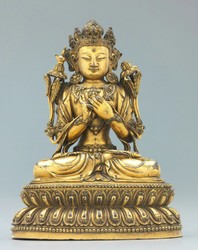 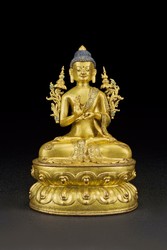 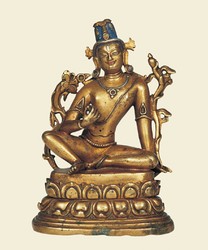 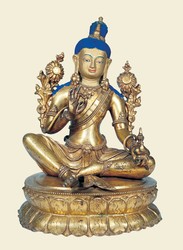 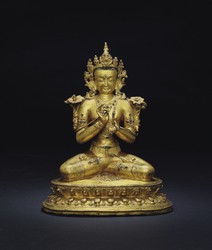 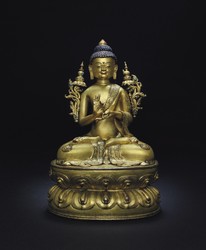 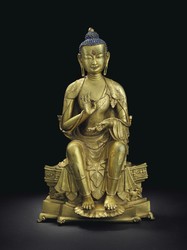 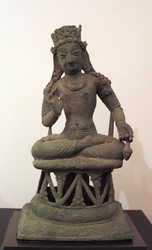