According to the Sakya Tradition there are six principal iconographic forms of Virupa which correspond to six major events in his life story. The images below are all depictions either as a central figure, mural, or minor figure in a painting. Several paintings depict all six forms in a single composition such as the painting of Ngorchen, Ngorchen & Lineage, Ushnishavijaya, Vajradhara. 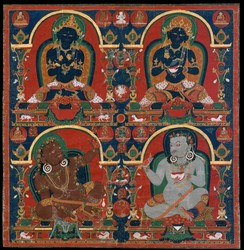 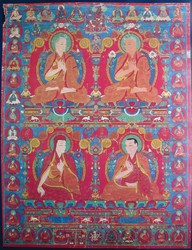 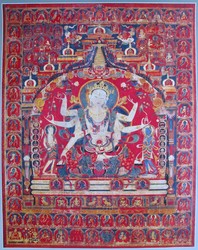 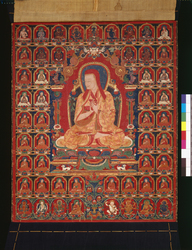 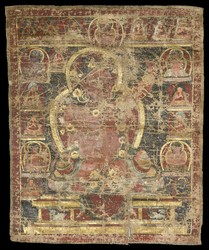 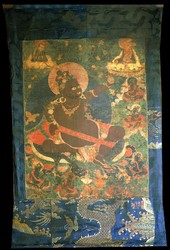