Tibetan: Guru Tsangye (gu ru mtshan brgyad). The eight special Names (forms) representing eight different events, time periods and locations in the life story of Padmasambhava. There are several different numbers systems and additional images of Padmasambhava. The twelve figure system recounting twelve different events in his life is popularly used in conjunction with the celebration of the lunar 10th day each month and the creation of the Tibetan yearly calendar. 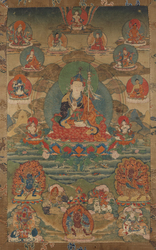 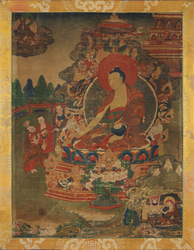 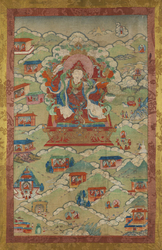 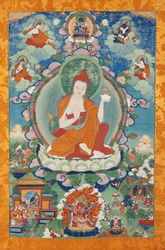 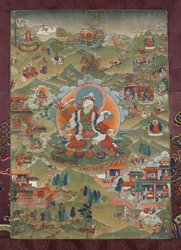 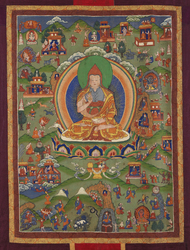 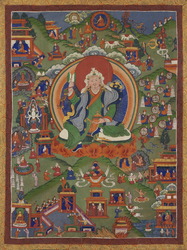 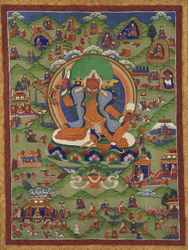 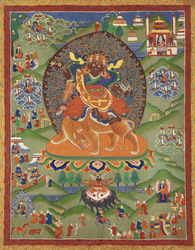 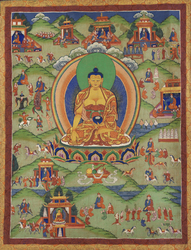 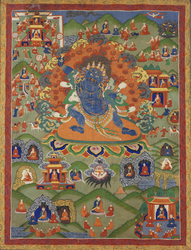 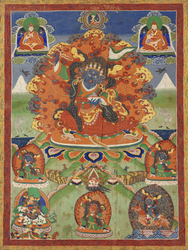