Zhangton Chobar (zhang ston chos 'bar) was born in Dingri (ding ri) in Tsang, in 1053, the elder of two brothers, the younger being named Ziji Bar (gzi brjid 'bar, d.u.), who appears to have been a master of medicine.

Both brothers worked on "finishing" scriptures, which apparently means they straightened edges and varnishing them. Rather than take payment for their work from Seton Kunrik (se ston kun rig, 1025-1113), also known as Se Karchungba (se 'khar chung ba) -- it seems they also assisted in the construction of Seton's seat -- they requested Lamdre (lam bras) teachings. Seton Kunrik told them it would require considerable offerings, and after receiving it he gave them the transmission.

Chobar was at the time a Dzogchen practitioner, following the Brahman (bram ze lugs) tradition. The Lamdre tradition has it that he practiced Dzogchen during the day and practiced Lamdre at night, in secret.

Another of Seton's disciples, Sachen Kunga Nyingpo (sa chen kun dga' snying po, 1092-1158) the son of Seton's own master, Khon Konchok Gyelpo ('khon dkon mchog rgyal po, 1034-1102), sought Chobar out for the Lamdre transmission, not having been successful in receiving the full transmission from Seton. Tradition holds that after Seton had died, Sachen went in search of one of his disciples to teach him Lamdre and was told that Zhangton Chobar was the best qualified.

Sachen accordingly traveled to Sak Tang (sag thang) in Dingri, where he found an old lama chatting idly with others and spinning yarn. When asked, Chobar denied knowing anything of Lamdre, and claim to simply be a Dzogchen practitioner. Sachen made the mistake of believing him, based on the elder lama's simple appearance. However, learning that Sachen was a member of the Khon family, and the son of his own lama's master, he admitted to Sachen that he did indeed possess the teachings. Nevertheless he insisted that because he had never taught them he would need time to prepare, and sent Sachen away for several months.

When Sachen returned he gave him empowerments and transmissions, but as Chobar was about to start the actual teachings his tongue swelled, a result, he said, of Sachen's doubt at their initial meeting. After Sachen repaired the damage with Vajrasattva practice, Chobar began four years of teachings during which he transmitted the entire Lamdre corpus.

Emphasizing the need to practice the Lamdre in secret, Zhangton made Sachen swear that he would not even mention the name Lamdre for eighteen years, after which he could teach them and write them down. This episode, historical or not, exemplifies the later Sakya tradition's maintenance of secrecy around its tantric teachings.

The Lamdre tradition is ambiguous as to whether Zhangton was a monk or a layman, and he appears in paintings in both guises, as shown in the accompanying illustrations. This appears to be simple error, as he was certainly a layperson. His consort's name is given in some sources: Ozer Gyen ('od zer brgyan).

Chobar summoned Sachen when he was on the verge of death, in 1135, but Sachen only arrived the morning following the night in which Chobar passed away. The disciple accordingly oversaw the funeral rites, and Ozer Gyen offered him a number of manuscripts. Looking at them, and thinking them Lamdre texts he wrapped them again and placed them in Chobar's reliquary. This curious incident is explained as follows: because Seton had told Sachen that there were no written Lamdre texts (the question of when the root Lamdre texts were committed to paper is a somewhat contested topic), the existence of the texts threatened Sachen's faith in his master and his transmission. Thus he did not read them. Alternately, he refused to take possession of them as the seal of eighteen years was still in place, and he needed to deny even knowing the word "Lamdre." However, according to Ronald Davidson, there are references in Sachen's writings to texts he received from Zhangton Chobar.

Alexander Gardner is Executive Director of the Shelley & Donald Rubin Foundation and the Director and Chief Editor of the Treasury of Lives. He completed his PhD in Buddhist Studies at the University of Michigan in 2007.

Stearns, Cyrus. 2001. Luminous Lives: The Story of the Early Masters of the Lam 'bras Tradition in Tibet. Boston: Wisdom Publications. 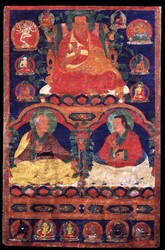 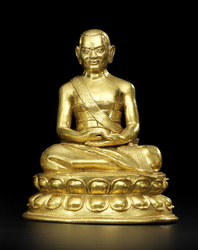 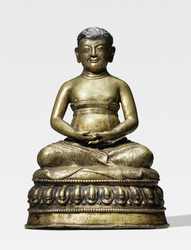 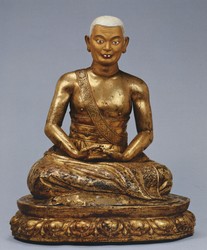 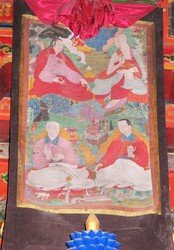 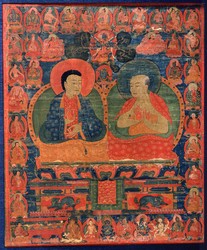 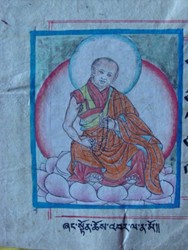 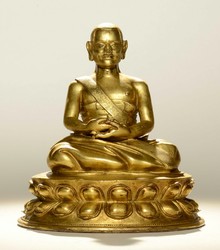 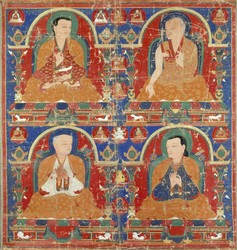 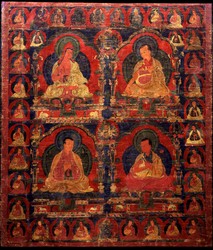