Temple Shop Souvenir Art is not necessarily guaranteed or intended to be iconographically or stylistically accurate.

Pilgrimage Art along with Cityscapes and Holy Sites are generally intended to be accurate.

Village Art generally has the motivation and intention to iconographically correct.

The paintings in this group appear to be all temple shop art, trade goods, from the turn of the century China. Temple shop art is defined as religious objects sold outside of a temple to the mass populace that visits a temple. This is commonly found everywhere but the most well-known locations are Lhasa, Shigatse, Kathmandu and Beijing. The objects in this gallery mostly represent Temple Shop art from outside of the Yonghegong Temple in Beijing, China.

The central figures - deities - are somewhat recognizable without close inspection. However, after a detailed viewing many of the iconographic details are incorrect. Some of these paintings are duplicates with the copies showing minor changes and differences while others are clearly made from tracings with the tracing original mistakenly reversed (duplicates: example 1, example 2. Reversed examples: Yama Dharmaraja, White Tara). A great number of museums in North America have paintings such as these but rarely if ever displayed. The Museum of Fine Art in Boston also has a collection of similar paintings.

The paintings below are both interesting for the study of Himalayan and Tibetan style art becoming a commodity in 19th century China and also because these particular examples have a very clear provenance as of 1908-09 when they were collected in China by Berthold Laufer for The Field Museum of Chicago.

Pilgrimage Paintings: Art as commodity, was also known in Tibet for the last several hundred years with paintings produced in advance for sale to pilgrims and traders traveling to Tibet from India, Nepal, China and Mongolia. In Tibet the market places of Lhasa and Shigatse appear to be the primary sources for such paintings and objects for mass consumption. 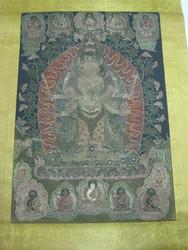 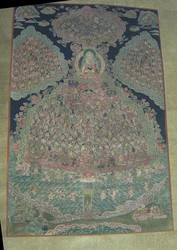 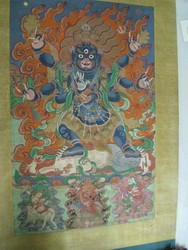 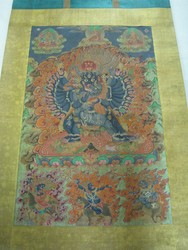 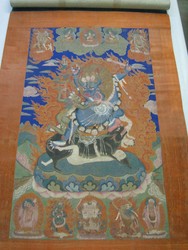 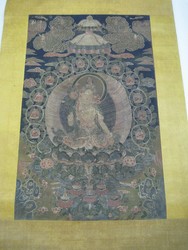 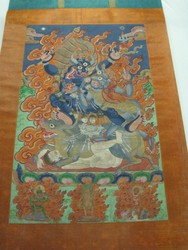 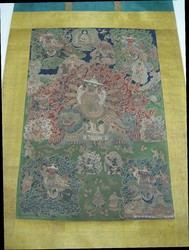 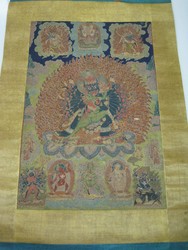 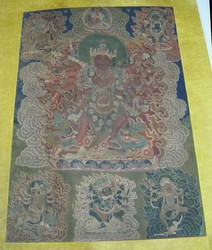 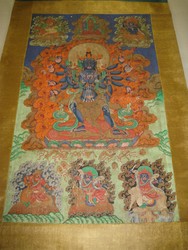 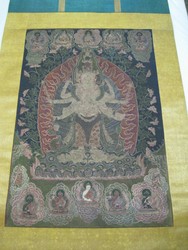