What is Fake Art? Often it is described that an object created to deceive as to its date of production, provenance and quality is a fake, or forgery. The word 'fake' is very subjective. The human intention of deceit or fraud is the essential ingredient in beginning to define a fake work of art. Sometimes suspect art which is of modern creation is presented as old because of a lack of knowledge on the part of the owner, buyer, or seller, without any deceit present.

It can also be argued that undisclosed over restoration done to a certain degree constitutes a fake. The creation of secondary figures, designs and motifs not original to the work or time period could constitute a fake. It can also be argued that heavily over restored paintings with invented iconography could be understood as belonging to a new category of art called Himalayan and Tibetan Decorative art.

An argument can possibly be made to describe Temple Shop Art as fake.

A number of modern Art Ateliers are currently known to exist where the intention is to create new works that can be sold as old works for financial gain. There are also ateliers that acquire early old paintings that are heavily damaged and recreate a very distressed but intact 'new' version with the claim that it has had little or no restoration work. These types of objects can also be taken to a second or third restorer for additional re-construction and in-painting. Can this also be a fake? How much restoration is over-restoration?

Paintings created in India, Nepal and Sikkim in the 1960s and 1970s have been found in the world marketplace and passed off as 19th century works. The original intention was not to deceive but as the paintings pass through different owners and hands the stories and provenance information can change or just become lost.

Just the topic of 'fake' Himalayan and Tibetan art is very controversial and belongs to a greater, and at this time, unresolved but ongoing conversation among scholars, art historians, artists, art dealers, collectors, and art restorers.

(The images below are only a selection of examples permitted by the owners or institutions where the objects reside). 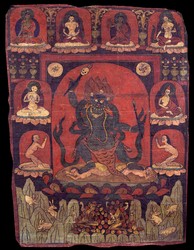 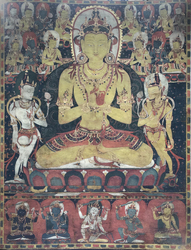 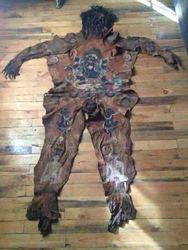 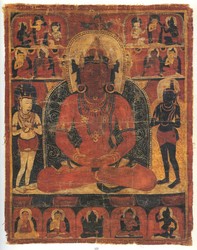 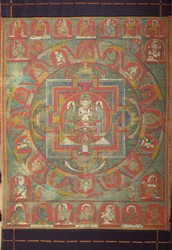 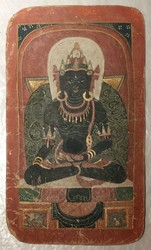 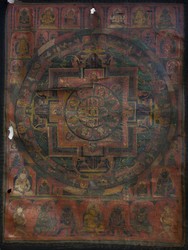 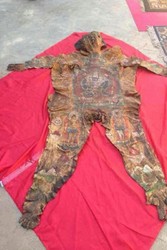 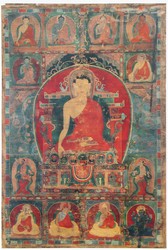 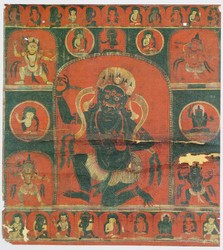 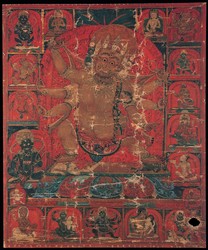 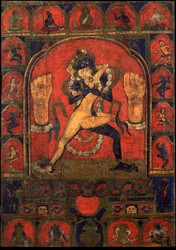