4.19. His right hand is terrifying with a sword in it,
His left is holding a noose;
He is making a threatening gesture with his index finger,
And bites his lower lip with his fangs.

4.­20. “Kicking with his right foot,
He is smashing the four Māras.
His left knee is on the ground.
Squint eyed, he inspires fear.

4.­21. “He points a threatening gesture at Vasudhā,
Kneeling on the cap of his left knee.
He has Akṣobhya for his crest jewel;
He is of blue color and wears a jewel diadem.

4.­22. “A princely youth, Wearing Five Braids of Hair,
Adorned with all the ornaments,
He appears to be sixteen years old,
And his eyes are red—he, the powerful one.

4.­23. “One should meditate with a steadfast mind:
‘I am the accomplished being, Caṇḍa­mahā­roṣaṇa.’
Then, by a churning method,
One should emanate White Acala in the east.

4.51. This concludes the deity chapter, the fourth in the glorious Caṇḍa­mahā­roṣaṇa tantra called “The Sole Hero.” 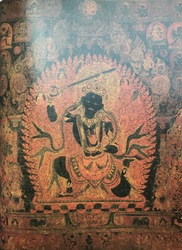 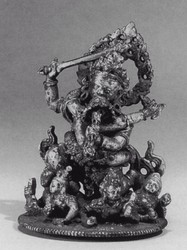 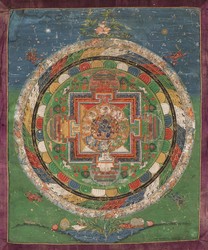 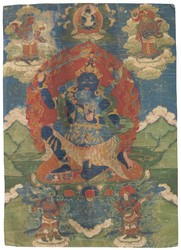 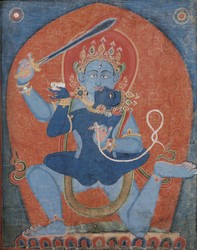 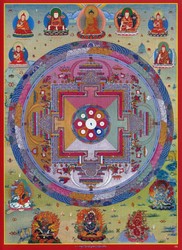 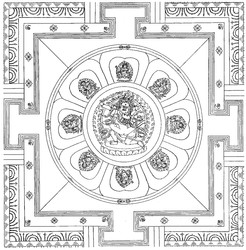 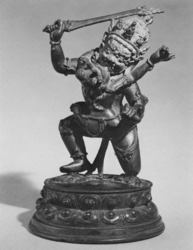 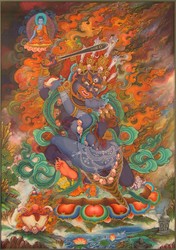 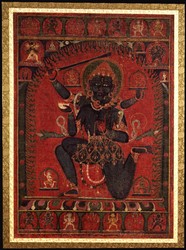 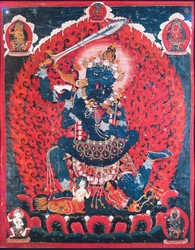 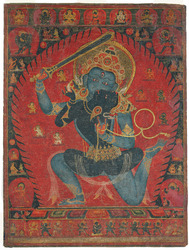 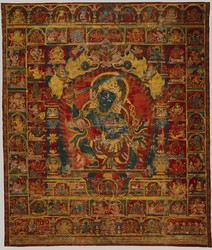 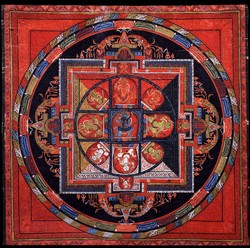