Several hundred photos of Wutaishan Mountain in China have been uploaded to the HAR website. They are not art photos per se but rather snap shots of some of the important stupas, temples, sculpture and sight locations. The mountain with its five terraces (peaks) and the narrative relating to Manjushri are important in the art of the Himalayas, Mongolia, Tibet and Nepal. In the principal valley is a large white stupa made by the famous Nepalese artist Aniko. It is also stated in the recorded literature that Chogyal Pagpa himself assisted in the physical construction of the stupa. All of this was during the time of Kublai Khan. It would be a huge task to document and photograph all of the major and minor sites and probably take more than a week to conduct a traditional pilgrimage even with the use of a motor vehicle. 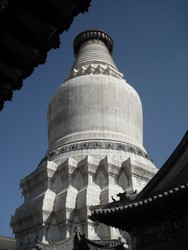 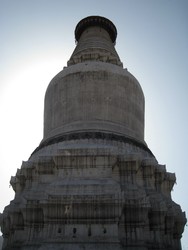 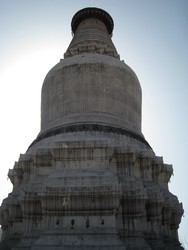 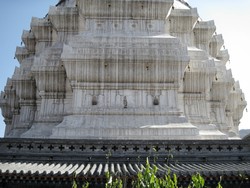 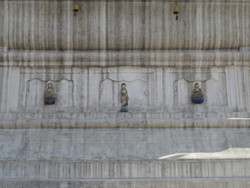 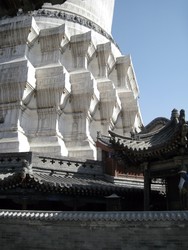 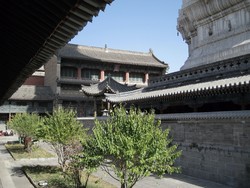 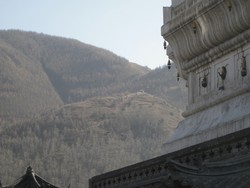 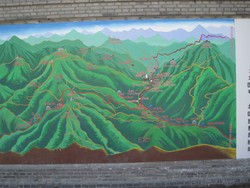 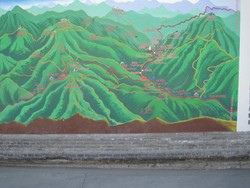 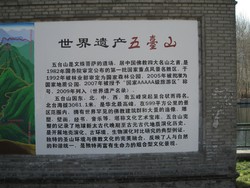 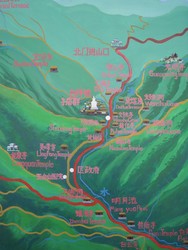