Wutaishan Mountain in China is considered special for the Buddhist deity/bodhisattva Manjushri. According to oral history and Chinese literature it was Chogyal Pagpa who first talked about the five different forms of Manjushri that are represented on each of the five peaks (actually terraces): central and four directions. The Five Manjushri forms are not depicted in a consistent manner. There are many iconographic differences appearing between the various paintings be they central figures or minor figures in a composition. This may suggest that there was no original definitive iconographic description for each of the five forms of Manjushri. These forms became more standardized after the publication of the White Beryl astrological text of Desi Sanggye Gyatso in the 17th century.

Tibetan astrology is said to have originated from the teachings of Manjushri while he dwelt on Mount Wutaishan. It is also from here, looking out onto the world, that Manjushri perceived the brilliant light shinning from the relics of Dipamkara Buddha in the lake of what is now known as the Kathmandu Valley. Manjushri used his sword to cleave an opening in the mountains to drain the lake. The relics of Dipamkara are safely contained in the Swayambhunath Stupa. 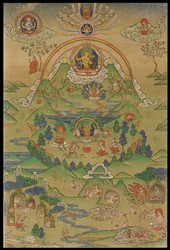 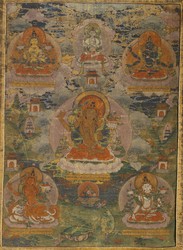 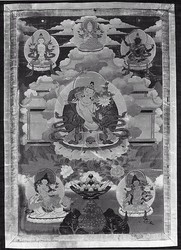 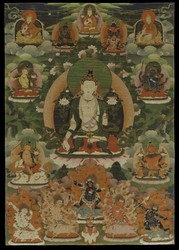 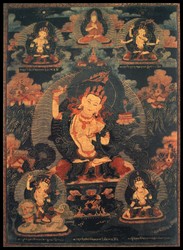 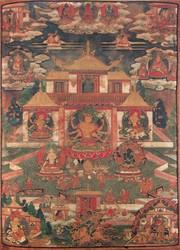 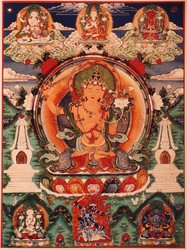