There are only three common depictions of Kedrub in painted compositions. Kedrub is most commonly found as one of the Panchen Lama's previous incarnations which accounts for almost all of the compositions below. He can also be found included in Lamrim Lineage painting sets such as with example #13077. Kedrub is often depicted in the narrative vignette which includes Tsongkapa descending from the Tushita heaven on a white cloud.

His name Geleg Palzang was given to him as a child when he took novice ordination at the age of seven from Khenchen Sengge Gyalsten (mkhen chen seng ge rgyal mtshan, d.u.). From the age of sixteen he studied at the Sakya monastery of Ngamring Chode (ngam ring chos sde), training with Bodong Panchen Jigdrel Chogle Namgyal (bo dong paN chen 'jigs bral phyogs las rnam rgyal, 1376-1451), the founder of the Bodong tradition, who taught him logic and philosophy.

When Geleg Palzang was twenty-one he studied with Rendawa Shonu Lodro (red mda' ba gzhon nu blo gros, 1349-1412), with whom he took full ordination. He studied Dharmakirti's Pramanavartika, Abhidharma, and the Five Books of Maitreya, Nagarjuna's works on Madhamaka, and the Vinaya.

At the age of twenty-three, in 1407, he went to U to meet with Tsongkapa Lobzang Dragpa (tsong kha pa blo bzang grags pa, 1357-1419) at Sera Choding (se ra chos sdings - not to be confused with the famous Sera Monastery). Kedrub Je received instructions on both sutra and tantra from Tsongkapa, and soon became one of his most devoted disciples, receiving teachings alongside Tsongkapa's other disciples such as Gyaltsab Je Darma Rinchen (rgyal tshab rje dar ma rin chen, 1364-1432) and Duldzin Dragpa Gyaltsen ('dul 'dzin grags pa rgyal mtshan, 1374-1434).

At the age of forty-seven, in 1431, Geleg Palzang was asked by Gyaltsab Je to take the golden throne of Ganden (dga' ldan gser khri), becoming the third man to occupy the seat after Tsongkapa and Gyaltsab Je.

At Ganden Khedrubje taught extensively, gave many initiations, and personally guided some of the most renowned scholars of the era to mastery of the tradition. He passed away there at the age of fifty-three. 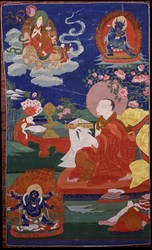 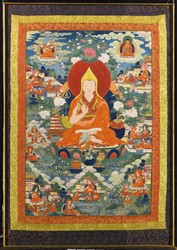 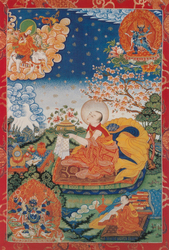 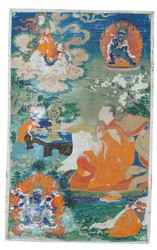 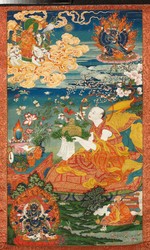 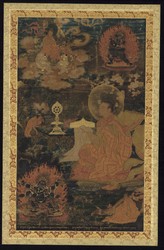 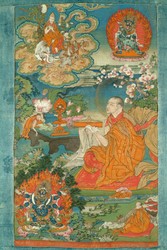 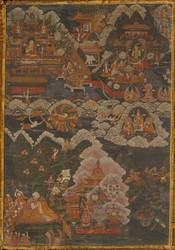 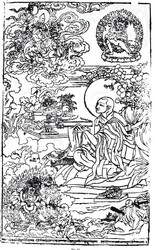 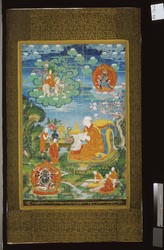