Only three teachers are represented in the collection as large central subjects: Padmasambhava, Dromton Gyalwa'i Jungne and the 13th Karmapa, Dudul Dorje.

Padmasambhava is the paramount teacher and iconic figure of the Nyingma Tradition of Tibetan Buddhism. He is credited along with the King Trisongdetsen and the scholar Shantarakshita with the founding of Buddhism in Tibet in the 8th century.

The second teacher represented is Tibetan and named Dromton. He was the principal student of the India teacher Atisha who visited Tibet in the 11th century and founded the Kadam Tradition of Tibetan Buddhism.

The third teacher is the Dudul Dorje, the 13th Karmapa, from the famous line of incarnate teachers believed to be the first recognized line of reincarnate lamas of Tibet. The Karmapas are the hereditary leaders of the Karma Kagyu tradition of Tibetan Buddhism. 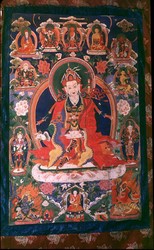 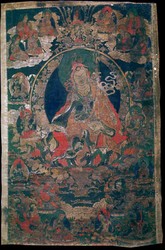 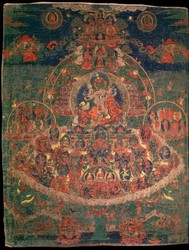 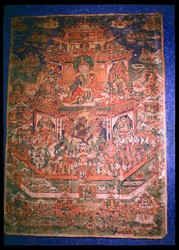 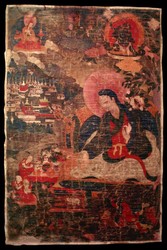 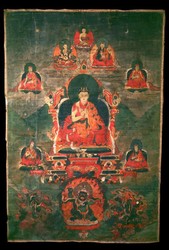