With Buddhist sculpture the shirt typically folds to the right. However, with sets of paintings depicting lineage teachers it is very different and it can go either way. A very good example of this alternating folds is found with the Karma Kamtsang Mahamudra Lineage painting set from Rumtek Monastery. This set of paintings depicts a central Vajradhara in a single composition and each following lineage teacher, also in a single composition, is staggered to the right or the left of the central axis of the painting. In the early compositions of the set all of the paintings that have the teacher on the left have the shirt folded to the left. All of the early teachers on the right with shirts have them folded to the right. The later teachers in the same series begin to be less rigid and some are folded left and some folded right regardless of their position to the right or left of the central axis. This establishes that there is a flexibility with artists painting Buddhist subjects.

The shirts of the Bon tradition are similar to the yungdrung symbol. The yungdrung can only properly be depicted turning to the left.

The Bon religion typically folds the shirt to the left side in the majority of examples for both painting and sculpture found on the HAR website. Buddhist shirts more often than not will fold to the right side, however for the Buddhists it depends on the artist and the composition. 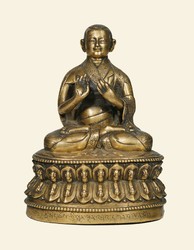 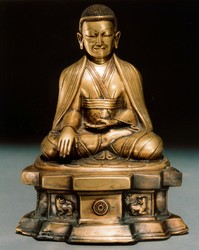 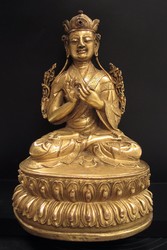 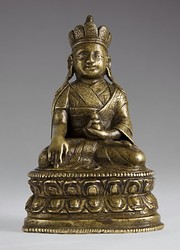 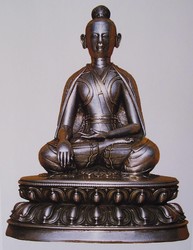 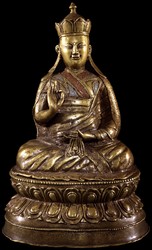