The Manjushri Cave is located on the North side of Sakya slightly West of the large patch of white earth (sakya). The cave was made famous by Sachen Kunga Nyingpo when he was twelve years old and had entered into a strict six month retreat on the practice of Arapachana Manjushri. Early on there were obstacles but they were removed using the practice of Nila Achala, wrathful, blue in colour, in a kneeling posture. Towards the end of the retreat Arya Manjushri appeared to the young Kunga Nyingpo and spoke the four lines of the Separation of the Four Attachments (see below).

The image on the left is a 2007 photograph of the cave entrance and the shrine inside. A building has also been constructed around the cave to help preserve it from the elements. Almost all of the buildings on the North side of the river are reconstructions from the 1980s to the present. 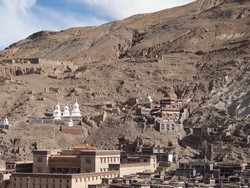 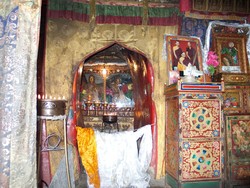 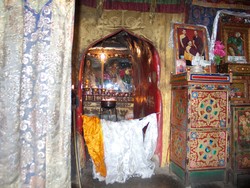 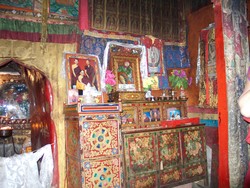 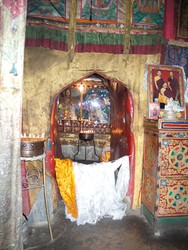 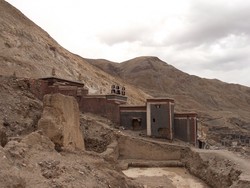 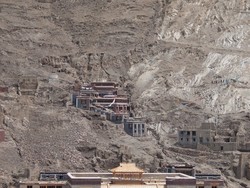 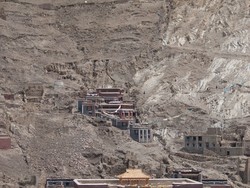 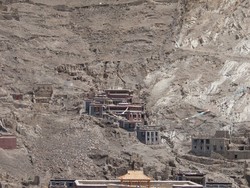 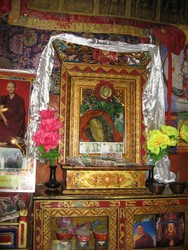 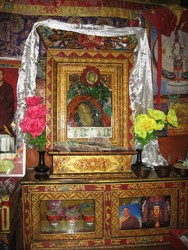 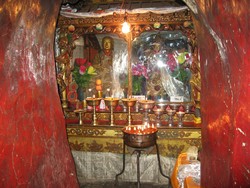 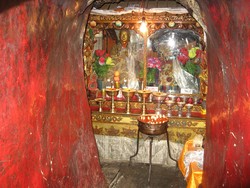