The set of Twenty-one Taras belonging to the collection of the Winter Palace Museum in Ulan Bator, Mongolia. The full set of figures includes the twenty-one figures of Tara according to the system of Jowo Atisha along with a large central Tara accompanied by Marichi seated on the proper right and Ekajati on the left. There are a total of twenty-four figures. There are actually two systems of Tara being resented, the Twenty-one of Atisha and then the three deity Tara configuration with Marichi and Ekajati which is an earlier and very popular system.

The Marichi figure currently belongs to the Rubin Museum of Art. Three or four of the figures from the Twenty-one Taras are also missing from the set. One of the missing Tara figures appeared at a Sotheby's New York auction in March of 2010. 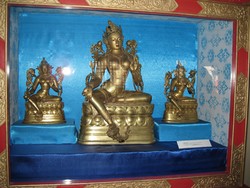 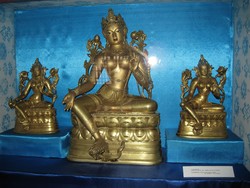 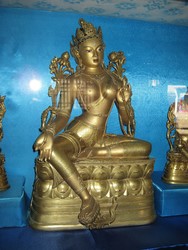 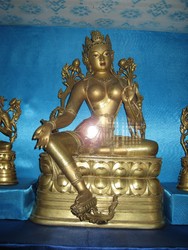 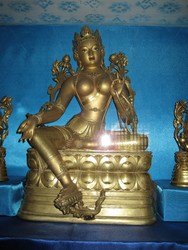 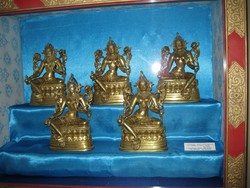 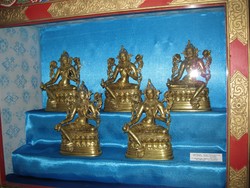 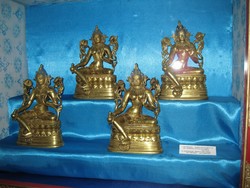 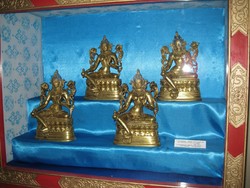 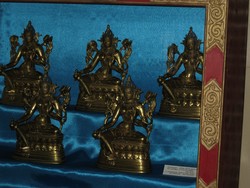 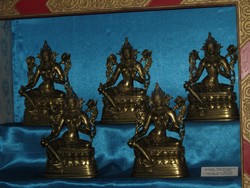 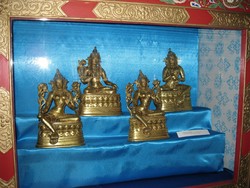