The so called crowned Buddha has been a source of much discussion in the academic art world for decades. Generally the crowned Buddha is believed to be a depiction of Shakyamuni Buddha with the added attribute of a crown such as a king would wear.

The notable difference between Shakyammuni Buddha wearing a crown and the Five Symbolic Buddhas is that they, unlike the Buddha, have Peaceful Deity Appearance with long hair, wearing fine heavenly clothing, along with rich adornments such as earrings, necklaces and bracelets. Shakyamuni still maintains his nirmanakaya - monastic - appearance plus the added crown. The Five Symbolic Buddhas appear in sambhogakaya form with the full dress of a bodhisattva or heavenly being.

Images of the crowned Buddha can be found from India, Kashmir, Nepal, Tibet, China and Mongolia. The famous Jowo Shakyamuni of the Lhasa Cathedral is a crowned Buddha. 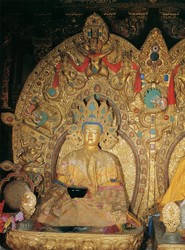 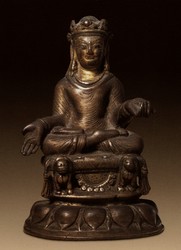 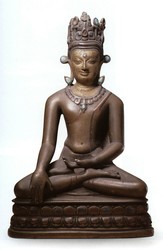 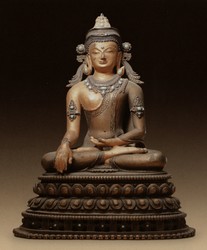 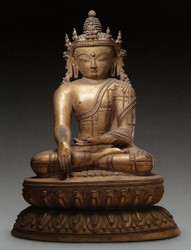 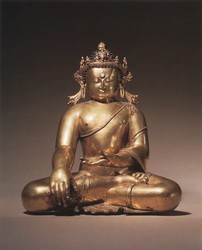 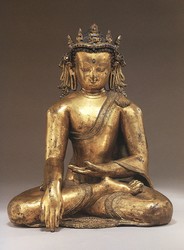 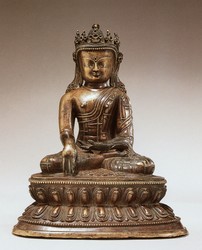 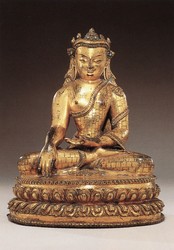 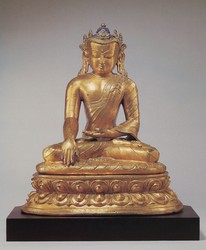 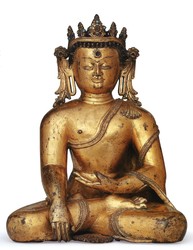