The Five Symbolic Tantric Buddhas primarily derive from the Yoga and Yoganiruttara (anuttarayoga) literature and ritual texts. As the Five Buddhas are arranged in a circular mandala they are known as the Direction Buddhas. As a group originating in the Vajrayana literature, they are know as the Tantric Buddhas, or the Five Buddha Families with Vajrasattva as the sixth family. By function and actual meaning they are also known as the Five Symbolic Buddhas.

The Five Buddhas typically have sambhogakaya appearance which is synonymous with Peaceful Appearance. They can be single figures or embracing a consort. The colours of the buddhas between different tantric systems and mandalas are generally consistent although there are exceptions: Vairochana (white), Akshobhya (blue), Amitabha (red), Ratnasambhava (yellow), and Amoghasiddhi (green).

With Tantric cycles of Yoga and Yoganiruttara, such as Chakrasamvara, Hevajra and Guhyasamaja, the Five Buddhas take on the same general form of the principal deity although the colour and hand attributes are generally different. (See mandala examples and miscellaneous examples).

The first and second of the four classifications of Tantra, Kriya and Charya, have only three Buddha Families: Tatagata (Shakyamuni), Padma (Amitabha) and Vajra (Akshobhya). (See the Tantra Classification Main Page).

For the Nyingma Tradition the Five Buddhas are represented in the Guhyagarbha Tantra system and others by the principal figures of the Five Families of Peaceful Deities.

(The images below are primarily from the Charya and Yoga Tantra painting and sculpture sets and only represent a selection of examples from the links above). 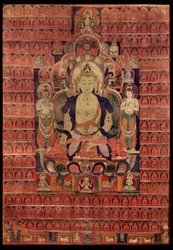 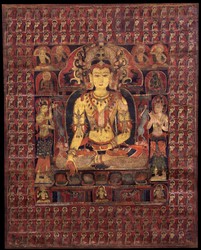 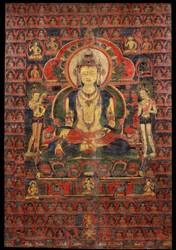 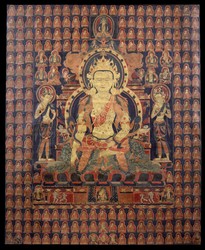 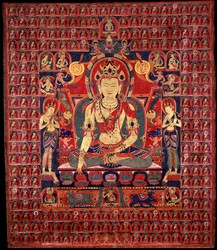 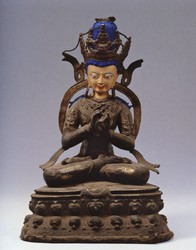 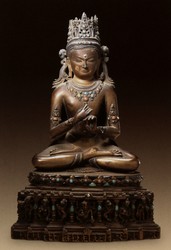 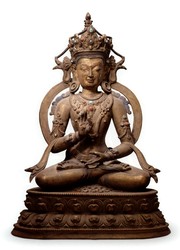 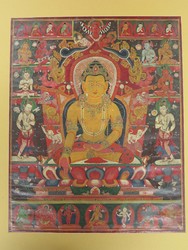 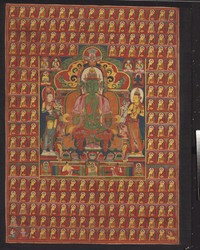 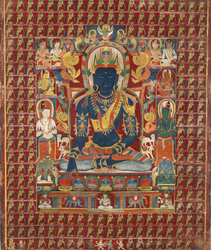