Amoghasiddhi, Buddha (Tibetan: don yo dru pa, sang gye): the patriarch of the fifth of the Five Families of Transcendent, or Symbolic, Buddhas, residing in the Karma Paripurana buddhafield.

Amoghasiddhi is associated with Vajrayana Buddhism and originates in the Tantric Literature of the Charya, Yoga and Anuttarayoga Tantra classes. The sculptural images generally fall into two groups, either as Buddhas with monastic robes and without ornaments known as nirmanakaya appearance or Buddhas in Bodhisattva Appearance, also known as peaceful appearance, with crowns and ornaments - sambhogakaya appearance. He is most commonly depicted in the set of the Five Symbolic Buddhas. 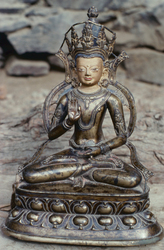 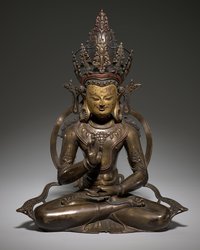 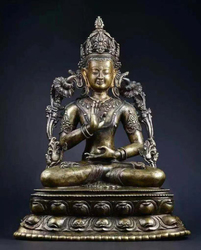 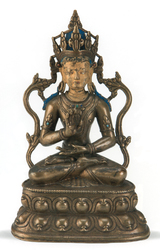 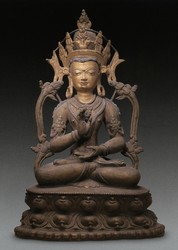 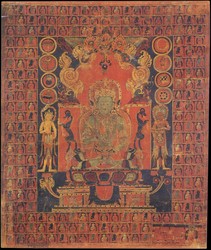 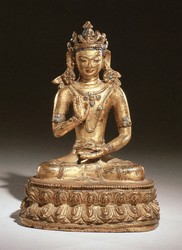 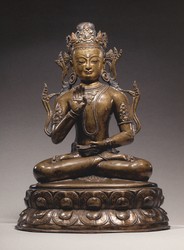 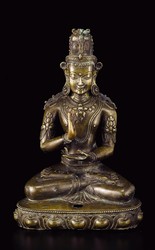 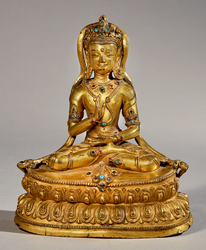 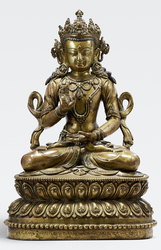 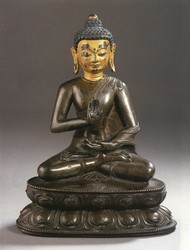