The Five Buddhas in a Nyingma context are generally found in depictions with the deities of the Guhyagarbha Tantra and the various systems of deities of the Bardo cycles of practice including the Forty-two Peaceful and Fifty-eight Wrathful Deities. The primordial buddha Samantabhadra can also be found at the center of a composition with the Five Buddhas as secondary figures. Depending on the particular Nyingma tradition, Samantabhadra who is typically naked in appearance can be wearing jewel ornaments, heavenly attire, and the same for the consort Samantabhadri.

The buddhas are in sambhogakaya appearance which is the same as Peaceful Appearance. Youthful, with long hair, wearing jewels and heavenly garments, they sit in vajra posture embracing a consort. All aspects of the Five Buddhas, their appearance, attire, consort and throne seat have symbolic meaning.

(The images below are a selection of examples from the links above). 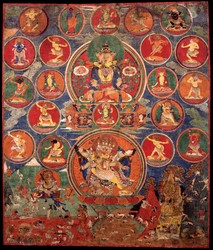 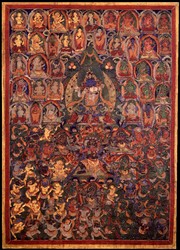 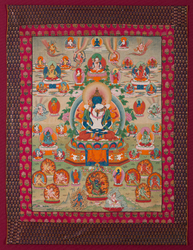 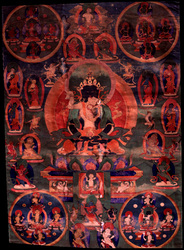 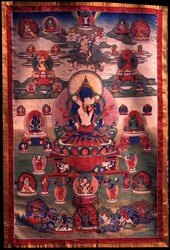 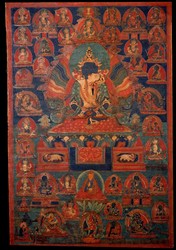 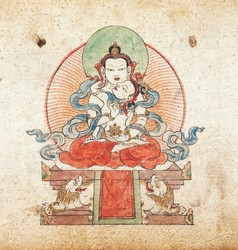 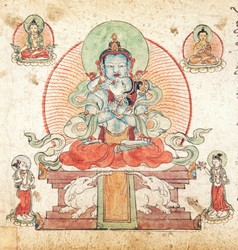 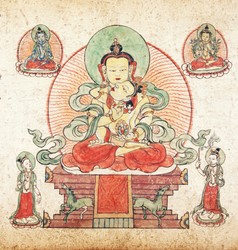 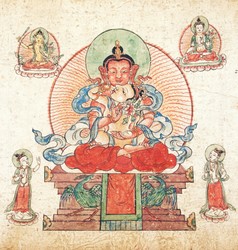 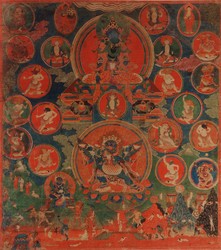