The Forty-two Peaceful and Fifty-eight Wrathful Deities of the Guhyagarbha Mandala are the basis for the creation of paintings depicting the subject of the 'Bardo' - Tibetan Book of the Dead. In the Nyingma Tradition the Guhyagarbha Tantra is considered the most important of all Tantras. The 'Terton' Karma Lingpa, in the 14th century, is credited with the discovery of the 'treasure text' known as the Liberation Through Hearing in the Bardo (Tibetan Book of the Dead), a text intended to be read to the deceased and to influence positively the subsequent rebirth. (There is evidence to suggest that the famous 'Treasure Finder' of the Bon Religion - Shenchen Luga - had discovered similar texts in the 11th century).

When looking at Nyingma paintings of the peaceful and wrathful deities grouped in clusters of forty-two and fifty-eight it is very difficult to know what the intended specific subject is meant to be. Are all peaceful & wrathful deity paintings intended to be representations of the Guhyagarbha Mandala based on the Guhyagarbha Tantra? Are some of the paintings intended to depict the system of Karma Lingpa and the Bardo Todal and if so then how can one tell the difference? Do some of the paintings also represent the half dozen or more other versions of the Bardo Todal based on the revelations of later Nyingma teachers such as Chogyur Lingpa in the 19th century?

To come to some temporary solution to this identification problem on the HAR site any painting depicting the Peaceful & Wrathful Deities that appears in concentric circles and generally represents the entire group of deities, or just the peaceful or wrathful, have been placed under the subject heading of 'Bardo.' All other paintings are included under Samantabhadra, Heruka or Chemchog - the central subjects of the paintings. 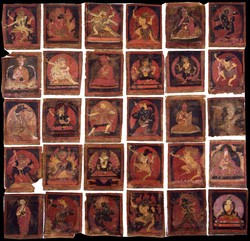 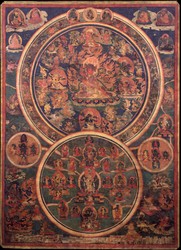 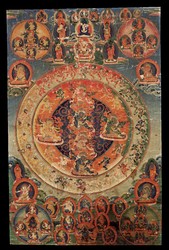 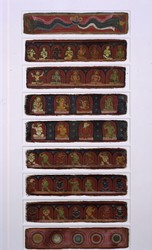 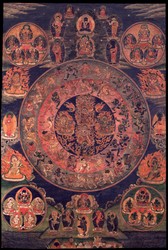 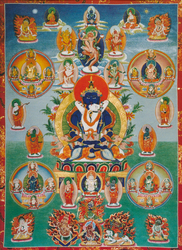 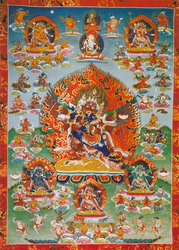 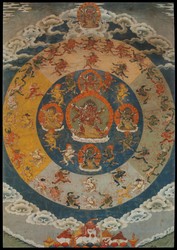 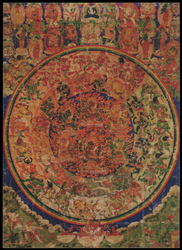 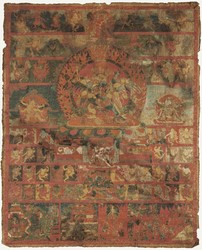 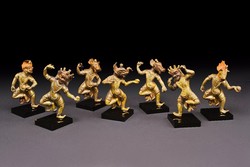