Video: Shakyamuni & Akshobhya Buddha: A Confusion About the Vajra Scepter

Shakyamuni Buddha & the Vajra Seat refers visually in art and iconography to the vajra sceptre located on the seat in front of Shakyamuni. This almost exclusively refers to sculptural objects and rarely if ever with paintings and textiles. It is always horizontal, lying flat, rather than upright and often appears as if partially sunk into the seat. The meaning of the vajra sceptre in this specific configuration in front of Shakyamuni refers to the time and geographic location when and where the Buddha reached enlightenment at Bodhgaya (Vajrasana), India.

There are actually three references to the term 'vajra' in this scenario. Two are physical and visible and the third is abstract. First, the location of Bodhgaya, previously known as [1] Vajrasana, is represented by the physical vajra sceptre in front of the Buddha. Secondly, the Buddha is seated in the [2] vajra or vajrasana posture, with the right leg folded over the left. Thirdly, and abstractly, the Buddha is believed to be mentally focused on the [3] vajra samadhi meditation. These are the three references to the term 'vajra' in relation to the historic Buddha's enlightenment.

Confusions: Akshobhya Buddha first mentioned in the Mahayana sutra Vimalakirti Nirdesha and subsequently found in the Tantra literature and the later Vajrayana system of Buddhism. Akshobhya is typically depicted with the palm of the left hand placed upturned in the meditation gesture in the lap. A vajra sceptre typically stands upright on the point balanced on the palm of the hand.

The vajra sceptre of Akshobhya represents that he is the symbolic Buddha of the Vajra Family of Tantric Buddhism. Tantric theory proposes Five Buddha Families and organises Tantric deities according to these five classifications. 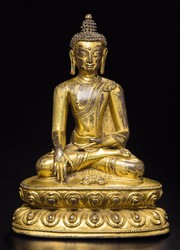 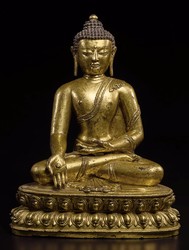 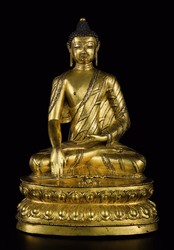 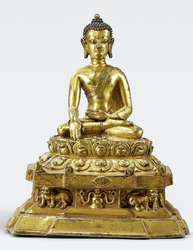 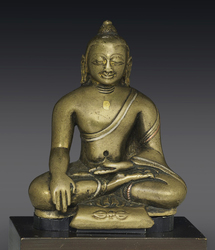 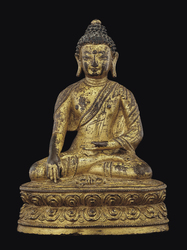 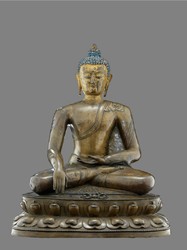 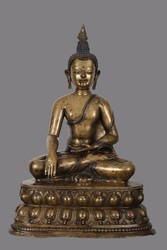 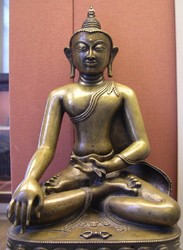 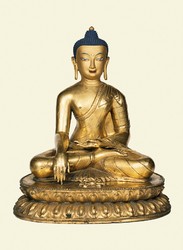 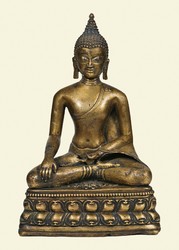 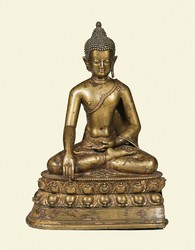