A Short History: As Tibetan mountain spirits living on the Tibet-Nepal border the Five Long-life Sisters belong to the 'sman' class of worldly deities. Subjugated by Guru Padmasambhava in the 8th century they became avowed protectors for Buddhism. They traveled to India and received further Buddhist instruction in the 'Dark Noisy' charnel ground from the teacher 'Lobpon Chog gyi Gocha' and mahasiddha Kanha. In the 11th century, wishing to test the resolve of the great yogi Milarepa they created apparitions for the purpose of distracting him from meditation. Unable to cause any real harm due to the vows made to Guru Rinpoche they failed and three days later returned and humbled themselves before the yogi Milarepa. Again vowing to protect the Buddhist Dharma they offered up their life-essence in the form of mantras. Requesting teachings, he bestowed the 'Enlightenment Thought,' and various Vajrayana practices along with candali and mudra yoga; the two special practices of the Hevajra Tantra. Some months later, at the same location, the Tseringma sisters returned and requested detailed instructions on the practice of 'Karma mudra' which Milarepa consented to give. These are the three encounters between Milarepa and Tseringma. From the students of Milarepa arose many diverse lineages of practice which have permeated through all the schools of Tibetan Buddhism down to the present day.

"Great Mother of all pervading bliss and space,
Emanating in impure lands in the appearance of a menmo,
Great Powerful One protecting all vidyadharas;
Homage to the powerful Tashi Tse." (Nyingma liturgical verse). 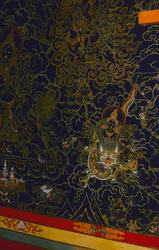 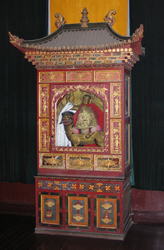 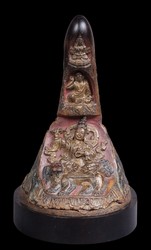 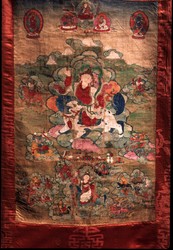 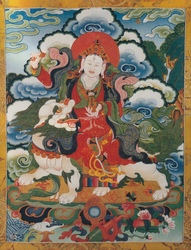 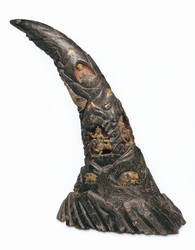 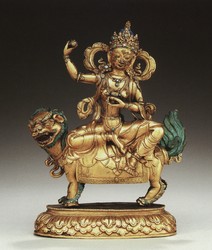 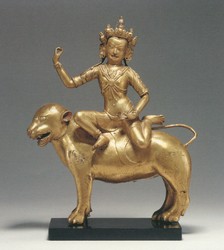 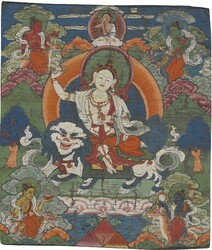 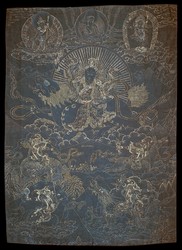 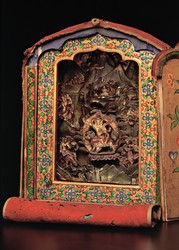