The most well known black grounds are the set of the Seven Manushi Buddhas of this world based on a painting set (full colour) given as a gift by the 3rd Panchen Lama Lobzang Palden Yeshe to the emperor. The set currently in the Palace Museum in Beijing is said to be a "rubbing from a stone tablet in ink and tracing a design in gold." The tablets were arranged on a stupa erected at Beihai by the emperor based on the arrangement of Changkya Rolpai Dorje (1717-1786). Many sets were made and distributed to monasteries and temples. This would mean that the main source for copies were rubbings or tracings based on the original stone tablets. However, a partially coloured painting set of the Seven Buddhas is known to exist in Lhasa, Tibet, with one published example. Also, at the Imperial Palace there is an example of a full colour painting based on the original gift of the Panchen Lama. The full extent of subsequent copies is not currently known.

There are other black ground paintings known in China such as a depiction of the Sandalwood Buddha in the Rubin Museum of Art and a bodhisattva figure in the Art Institute of Chicago. A single Shri Devi Magzor Gyalmo is also published which may belong to a set depicting the principal protectors of the Gelug Tradition of Tibetan Buddhism. 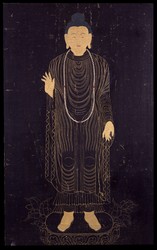 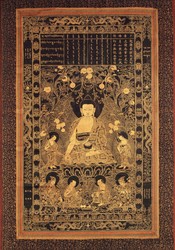 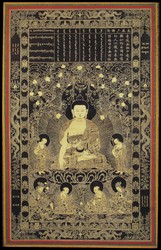 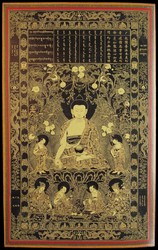 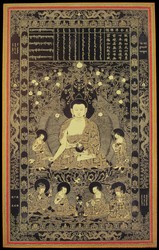 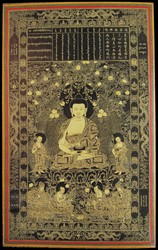 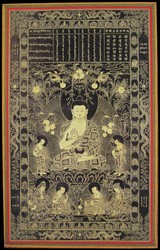 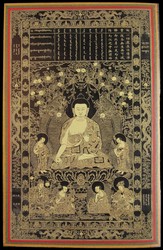 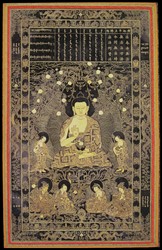 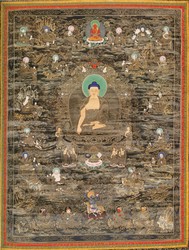 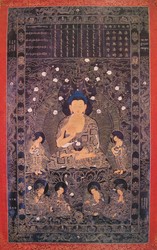 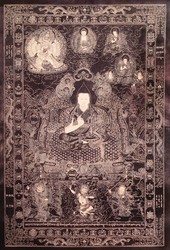