Bone aprons, jewelry and crowns are used both in Tantric rituals and religious dance performances. The bone objects have their origin with Tantric deities known as Heruka. Heruka deities of the Tibetan Sarma traditions (new Indian Buddhist traditions in Tibet after the 11th century) are generally semi-peaceful and semi-wrathful in appearance and classified as the highest form of Buddhist Tantric yoga practice. Examples of these Heruka deities are Hevajra, Chakrasamvara, Mahamaya, Buddhakapala, and Kalachakra. These are only a few of the most well known deities that wear the bone ornaments. The ornaments are understood symbolically as well as imbued with mnemonic meaning.

Practitioners of Heruka deity meditation are known as yogis - someone who practices deity yoga. Very successful practitioners, yogis, are also known as siddhas and mahasiddhas. Some of these siddha, not all, choose to dress up in simulation of the Tantric deities. This is known as Siddha, or Mahasiddha Appearance. In both painting and sculpture many examples of these Indian siddha figures are recognized. The most well known are Virupa, Dombhi Heruka, Tilopa and Naropa. The most famous Tibetan yogi that dressed in bone ornaments was Tsang Nyon Heruka of the 15th century. He was primarily a practitioner of the deities Chakrasamvara and Hevajra. Siddha Appearance is not the same as yoga, or yogi appearance where the dress is limited to a simple often single robe or cotton textile with no ornaments, or very few ornaments.

Bone ornaments have also, in the past and currently, been worn by Vajracharya priests of Kathmandu, Nepal. These priests are also known for wearing an elaborate metal Vajracharya crown adorned with additional Tantric symbols. Most of the known sets of bone ornaments were carved in Kathmandu and then exported to Tibet and other neighbouring regions where Tantric Buddhism was practiced. Buffalo bone is the most common source for carving sets of ornaments while some individuals, trying to be more exotic and esoteric, claim to have human bone sets of ornaments. This, however, is very unlikely.

The carved designs on the bone are both figurative and decorative. The majority of the known sets in public and private collections have figures from the Chakrasamvara cycle of Tantric practice. The full mandala of Chakrasamvara has sixty-two deities. An elaborate set of bone ornaments would have the most important figures represented from the mandala but not necessarily all sixty-two deities. Skeleton figures representing spirits and ghosts from a cemetery or charnel ground are also common decorative elements. 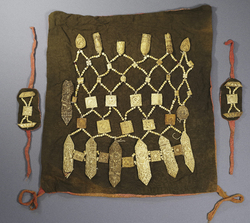 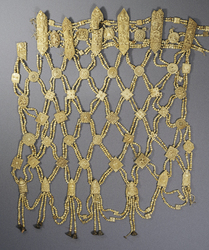 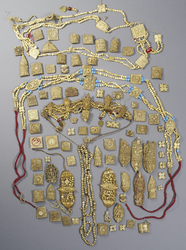 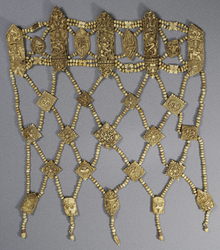 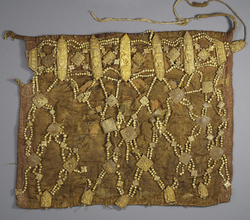 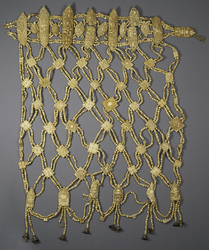 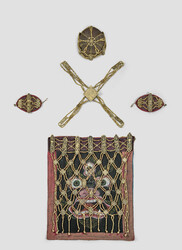 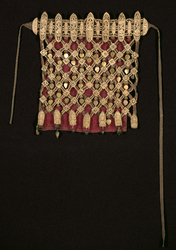 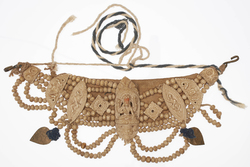 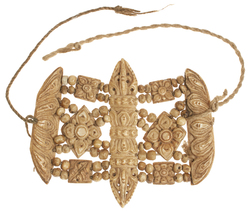 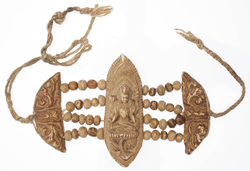 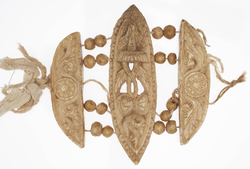