For the first of the two types, the earliest miniature paintings are the illuminations found in both Indian palm leaf manuscripts and later paper folio books. In modern times the manuscripts and books are often stripped of their illuminations and the remainder of the unadorned text thrown away or otherwise disposed of in the belief that it has little or no value to the art market. These illuminations typically do not have a particular function or use in relation to the content and subject of the manuscripts and folios in which they are found. Illuminations are decorative and can be very finely painted.

Initiation Cards (tsakli, tsakali) are sets of ritual images that accompany an initiation ceremony. The cards are drawn and painted often on paper, sometimes on cloth. The sets can be anything in size from one card up to hundreds of cards. They sometimes have writing on the front and always have inscriptions on the back even if it is just a number. the sequence of the initiation cards is very important. The cards are ritual in use and not intended to be decorative in any way.

Strings of Paintings (banners) are small paintings anywhere from a few inches in height to approximately 12 inches that are framed in cloth or brocade mounts and sewn together in a series. They almost always depict sets of figures, often deities, or cycles of deities. The most popular subject is the Fifty-one Deities of the Medicine Buddha Mandala. Other subjects can include the deities of the Chakrasamvara mandala, the Peaceful and Wrathful Deities of the Guhyagarbha Tantra and the Eight Forms of Padmasambhava. The strings of paintings are intended to be hung in small chapels. When not in use they are folded one on top of the other rather then rolled as is typical for larger compositions.

Miniature Paintings of Mongolia are a unique art form. The paintings can be anywhere in size from small postage stamp size to large playing card size. They are created in sets of unspecified number and the iconographic program is up to the choices of the artist or patron. The subjects of the paintings are almost always figurative with an occasional mandala and sets of offerings such as the Five Senses. These miniature sets of paintings are often given to children for good luck or as auspicious talismans.

Miniature paintings on a large canvas are often a series of narrative vignettes relating the stories of the Buddha's previous lives and births. Some of the very best examples of this miniature painting are found in the Palpung Monastery style of the 18th century created under the patronage of Situ Panchen Chokyi Jungne (1700-1774). In this same Palpung style, miniature depictions of the Eighty-four Mahasiddhas based on a text of Jonang Taranata are also exceptional in quality and style. It is possible that Situ Panchen was influenced by Indian miniature art during one of his visits to Kathmandu Valley in Nepal. The Palpung Style is also closely related to minimalism in Himalayan style art. 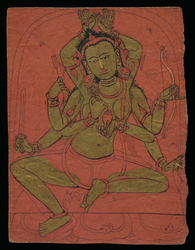 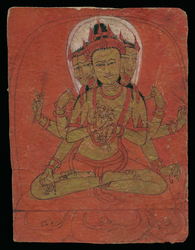 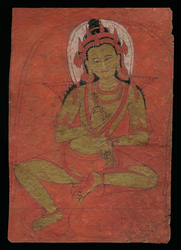 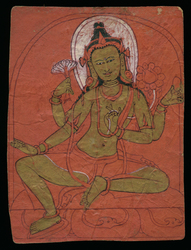 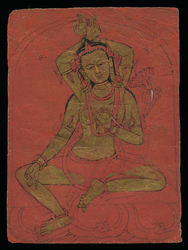 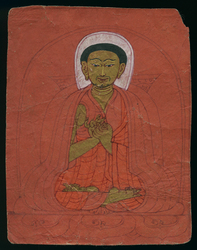 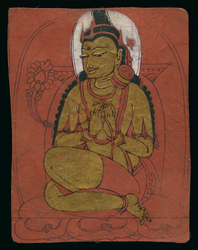 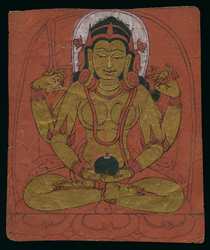 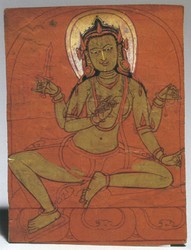 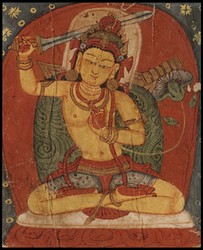 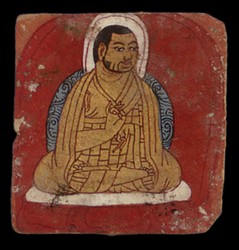 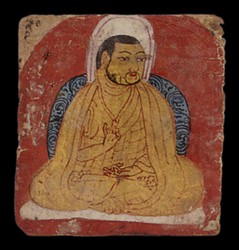