In the Gelug Tradition of Tibetan Buddhism there are numerous Refuge Field composition types distinguished both by central figure and also by support (i.e. lotus or tree): (1) Shakyamuni Buddha, (2) Je Tsongkapa, (3) Pabongka Design, and (4) Lotus Support, and (5) Block Print. The first three types are depicted at the peak of a wish-fulfilling tree, seated on a throne and lotus. The fourth type is placed only on a lotus blossom. The two general types of central figures for all types of Refuge Fields are Shakyamuni Buddha and Je Tsongkapa. The variation of the two subject figures depend on the intention, purpose and function of the painting. The former is a Lama Chopa (Shakyamuni) Refuge Field and the latter a Lamrim Lineage (Tsongkapa) Refuge Field. The various Gelug Refuge Fields are a 17th century development based on the 15th and 16th century compositions of Tsongkapa and the Yogachara and Madhyamaka lineages.

Aside from those five general types of Gelug Refuge Fields there are also three miscellaneous types. The first of the miscellaneous types (1) are depictions of the Qianglong Emperor of China portrayed either as a royal figure, or as a monastic. He is pictured at the center of a painted composition, surrounded by the religious figures, deities and protectors typical of the Gelug Tradition. The second (2) is an unusual subject, not completely understood, but likely to be, a set of seven paintings drawn in the composition of a refuge field painting (with a tree as the support). The central subject of each of the paintings is a single buddha surrounded by the One Thousand Buddhas of the Age. A third type of Refuge Field is the Custom Subject Field where any Lama, buddha or deity is placed at the center. 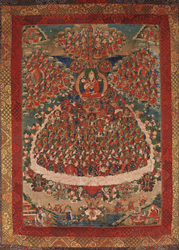 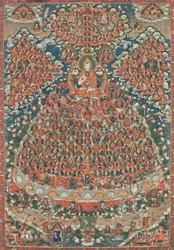 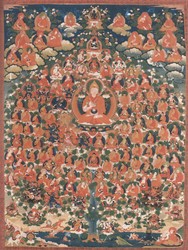 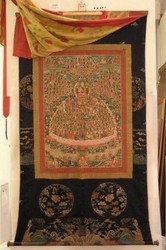 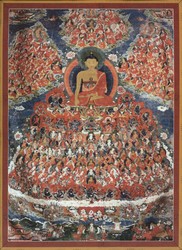 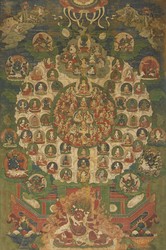 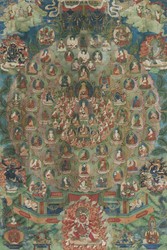 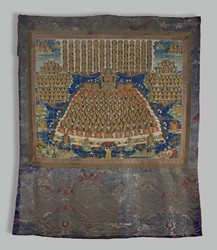 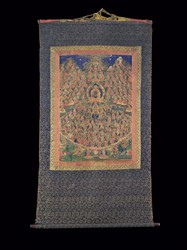 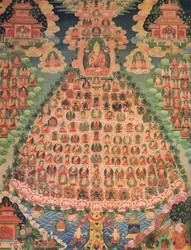 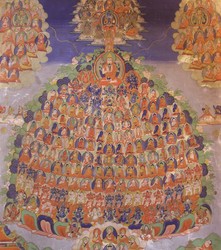 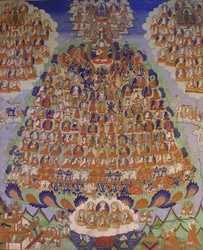