"Michael Henss is a Swiss art historian with a PhD in Asian art history. His pioneering survey Tibet - Die Kulturdenkmaler Zurich1981 was followed by books on the Kalachakra initiation ritual, on the cultural sights in Mustang(1993), and on Tibetan painting and sculpture (20080, and by around 100 scholarly articles on Tibetan and Asian art. He was the co-curator of the major exhibition The Dalai Lamas in Zurich and Rotterdam (2005/2006) and has lectured widely in the West and China." ([Back cover]. The Cultural Monuments of Tibet. Michael Henss. Prestel, 2014).

"The Cultural Monuments of Tibet (CMT) covers the Central Regions of Tibet, which comprise the two main provinces in Tibet’s historical geography, Ü (dBus) and Tsang (gTsang), the classical heartland of Tibetan history and culture, or at least of what is usually associated with "Tibet” in our common understanding. The Central Regions as defined for the CMT cover the middle part of the modern Tibetan Autonomous Region (TAR), which also includes the whole of western Tibet and, in the east, the western part of Kham, and is thus almost identical with the Tibetan territories once under the control of the Dalai Lamas’ Lhasa government." (Page 23).

***Cataloguing of the the images is ongoing*** 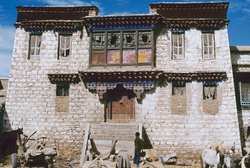 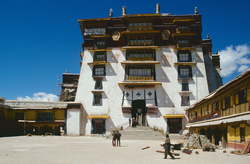 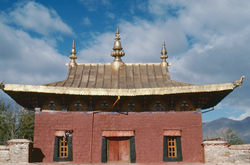 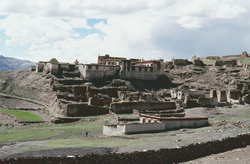 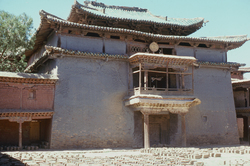 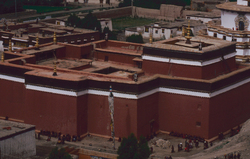