These wrathful deities can also be referred to as numbering nine, ten or eleven depending on the context within a mandala and the addition of center, zenith and nadir. The names of the deities can vary depending on the Tantra system to which they belong along with the number of heads, arms, colour, and with or without a consort. The male deities depicted below are from the Vajrabhairava Tantra and have three faces, six arms and embrace a consort. The consort can have one face or three and have two arms, four or six, depending on the tradition. The Akshobhyavajra Guhyasamaja system uses similar three faced male deities except without a consort. 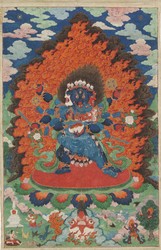 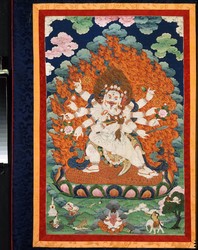 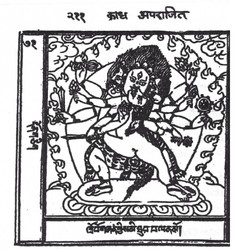 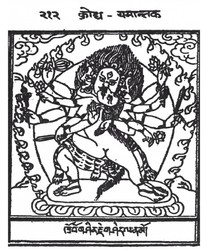 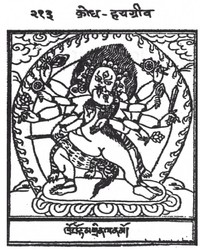 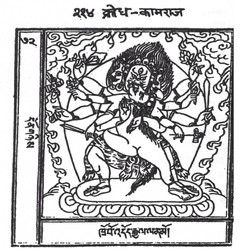 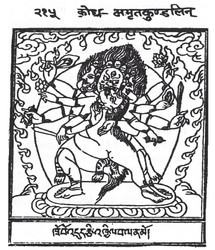 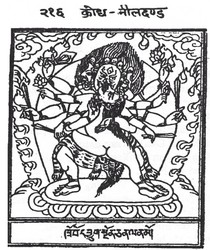 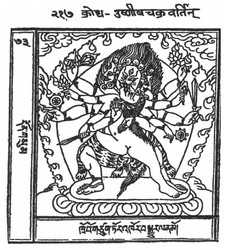 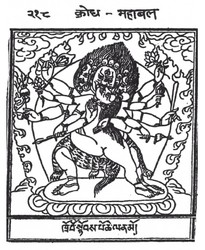 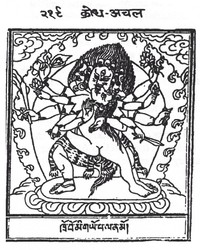