Buddhafields are the idealized and often described geographic locations where a bodhisattva has reached complete buddhahood based on the explanations of the sutra literature of Mahayana Buddhism. The buddhafield of Shakyamuni Buddha, for example, exists on Earth and centered at Bodhgaya, India.

Tenth level bodhisattvas are also described as having the ability to create a miraculous and wonderous land, commonly referred to as a pureland or bodhisattva field, for the benefit of advanced followers. There are a small number of Tantric deities that have an associated pureland specific to that deity and the source literature. The term bodhimandala is sometimes used to describe either a buddhafield or pureland. 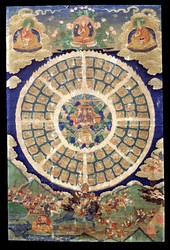 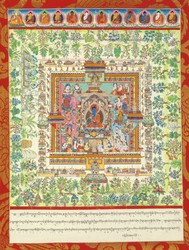 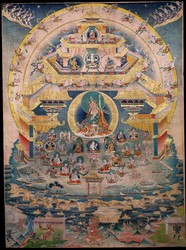