There are two Karmapas that can be depicted with both arms extended over the knees. The first is Karma Pakshi. However Karma Pakshi also has the additional characteristic of a small goatee. The second Karmapa who also has with the hands over the knees does not have a beard or goatee.

With some sculpture the cap-like hat may not be rendered in detail, or painted black, which can lead to confusion and an incorrect attribution with one of the Shamarpa or Gyaltsab incarnation teachers. 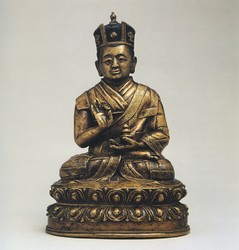 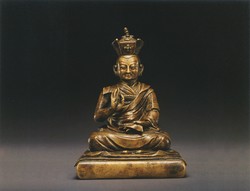 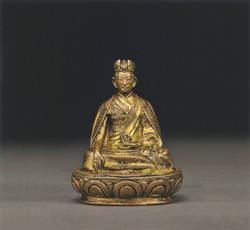 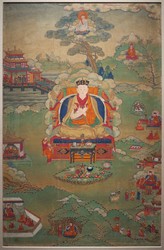 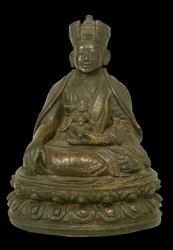 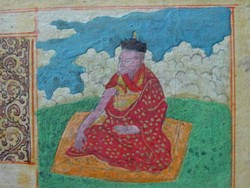 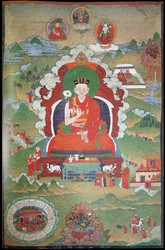 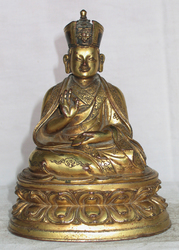 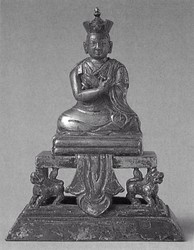