Non-iconic forms are narrative based and depict Vajrapani as a student of the Buddha from the Mahayana sutra literature. The iconic, meditational deity forms, of Vajrapani are based on the Tantra (Vajrayana) literature. There are many similar & related forms that have a similar appearance to both the peaceful and wrathful forms of Vajrapani.

Some forms of Vajrapani are identical to the white Vajrasattva, peaceful and solitary. Differentiating between Vajrapani and Vajrasattva is done through understanding the context of the image in the painting. For sculpture, sometimes it is almost impossible to know which deity is intended. 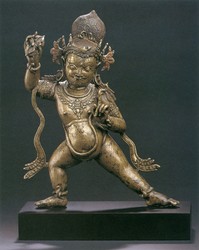 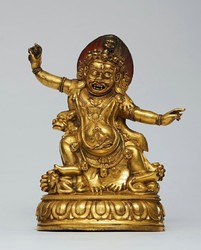 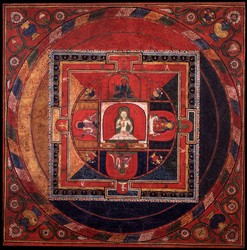 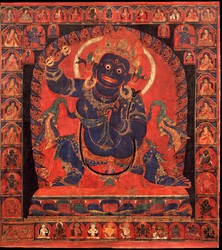