In iconography and art there are two main types of Akshobhya Buddha appearance, the first is where he appears in the guise of a classic Buddha (nirmanakaya) wearing the monk’s attire and having the ushnisha on the crown of the head. The second type is where Akshobhya has the appearance of a peaceful deity and is adorned with a crown, jewelry and heavenly garments (sambhogakaya). It is unusual for Akshobhya to hold the vajra in the extended right hand. Typically the vajra is upright standing on the palm of the left hand in the lap. The monk’s begging bowl is also an unusual attribute for Akshobhya.

There are at least four Buddhas associated with the vajra scepter. Three of those Buddhas hold the vajra in the hands, either right or left, and are counted among one of the three principal systems for depicting the Thirty-five Confession Buddhas. 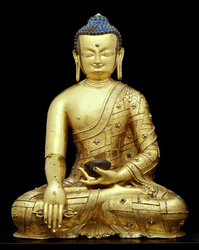 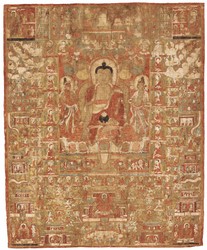 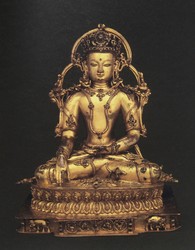 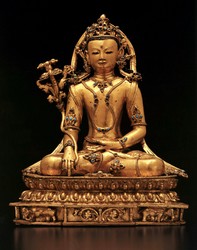 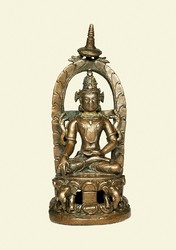 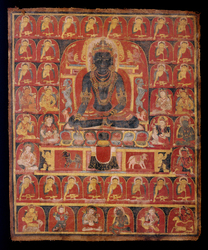 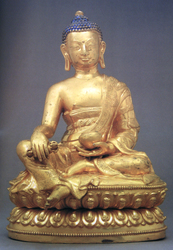