Definition:
Padmapani (lotus holder) is a Sanskrit term referring to Lokeshvara, the bodhisattva, having one face and two hands. The left hand holds the stem of a blossoming lotus flower. The textual inspiration for the imagery of Lokeshvara in this appearance are the Sutras of the Mahayana tradition of Buddhism. Padmapani is also used as a synonym for Lokeshvara. The term is commonly found as an epithet, as well as a descriptive term, referring to the lotus held in the left hand. It has yet to be shown or proven textually that there is any specific and unique form of Lokeshvara accepted across the Indian Buddhist cultural sphere that is described in early literature as a Padmapani Avalokiteshvara. 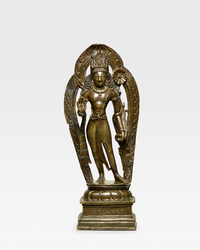 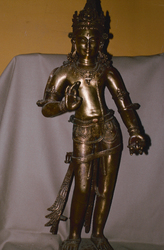 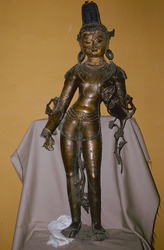 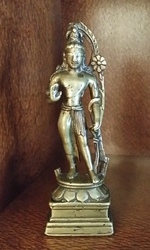