Buddha Nageshvara Raja, also known as Nagaraja (Tibetan: sang gye lu'i wang chug gyal po [bcom ldan 'das klu'i dbang phug rgyal po]. English: the Enlightened One, King of Nagas). This unusual buddha form has the unique blue body colouring and a face white in colour. He holds the two hands at the heart in a special gesture and the head is adorned with a hood of seven snakes. There are three primary purposes for practicing this meditational form of Nageshvara. The first is to employ Nageshvara as a meditational deity and remove defilements along with disease and obstacles created by naga spirits. Secondly, Nageshvara rituals are used to produce rain. Thirdly, Nageshvara is also employed in the creation of ritual vases with the intention of promoting environmental health and stability.

Nageshvara Raja has a similar appearance with several other popular iconographic forms commonly found in Himalayan and Tibetan art. It is very easy to confuse Nageshvara Buddha with Arya Nagarjuna and some forms of Shakyamuni Buddha. (See a comparison of these three figures).

Nageshvara Raja as a meditational deity in the Vajrayana system of Buddhism can be depicted in several different configurations. In paintings he is often depicted as a solitary figure or an accompanying figure in a large composition. Textually he is described as being with a host of bodhisattvas on the right side, a host of arhats on the left side and a host of nagas in front. He is also commonly described as having four accompanying bodhisattva figures: Nivarana-vishkambhin white in colour (front), Maitreya red (right), Manjushri yellow (behind) and Avalokiteshvara white (left). 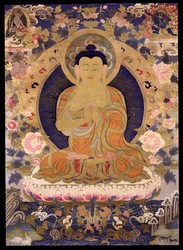 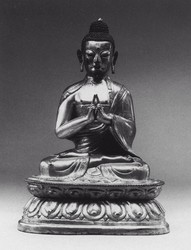 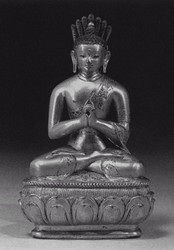 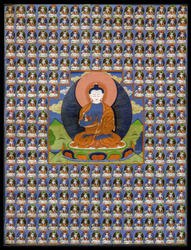 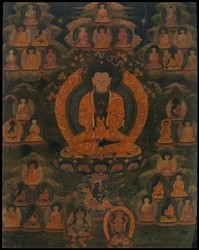 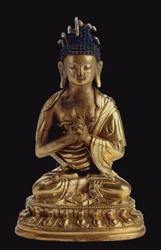 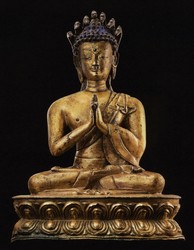 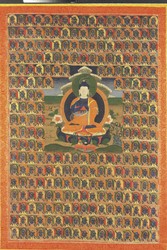 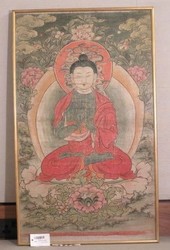 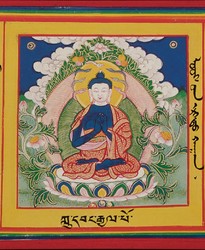 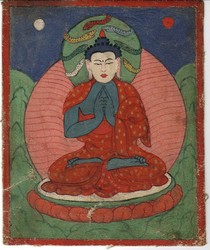