Kuntu Zangpo is a peaceful deity found within the Bon religion. He can have a similar appearance to a naked sanggye without any ornaments or he can appear as a peaceful deity with ornaments and heavenly garments. In both cases he can also have a female consort seated in the lap. The Tibetan term 'kuntu zangpo' in Bon usage can also be used as an epithet for other male peaceful deities. This is definitely a cause for some confusion.

The Kuntu Zangpo deitie(s) of the Bon religion can also be easily confused with the two types of Kuntu Zangpo, buddha and bodhisattva, in Tibetan Buddhism. The naked form of Kuntu Zangpo in both Bon and Buddhism can appear essentially identical between the two religions. It is also possible that in Bon Sarma the meaning of Kuntu Zangpo has the same meaning as in the Nyingma Tradition of Buddhism. 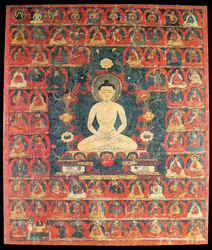 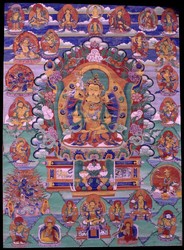 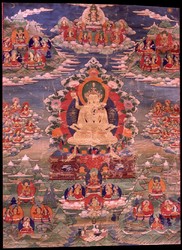 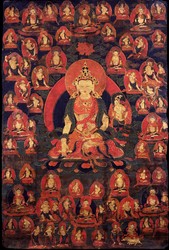 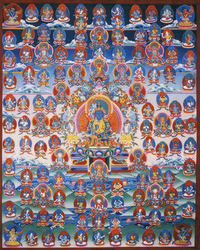 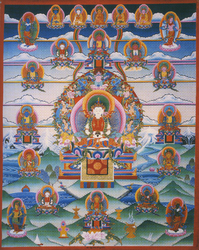 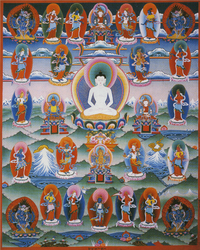