The goddess Marichi has many different iconographic forms. Some figures have a peaceful face and ride atop a sow. Other figures have multiple faces and include a sow face which is typically placed on the left side of the head. At this time there are no known iconographic forms of Marichi which depict a central sow's head.

Vajrayogini has as many as fifty or more different iconographic variations. A very important form of the deity is Vajravarahi. Varaha means a male pig or boar. Varahi refers to the female sow. There are also many variations of Vajravarahi. In art the most common form of the deity is with one human central face and a sow head placed on the immediate right side or placed on the crown of the head.

Some forms of the reversed position Vajravarahi embracing a consort also have a sow's head above the central face. These figures can easily be confused with various forms of Hayagriva who can have a single horse head depicted on the crown.

The Buddhist female meditational deity Vajravarahi is unrelated to the Vaishnava male deity Varaha, a boar headed avatar of the god Vishnu. Currently there are no known male Buddhist deities with a boar's head, or face placed to the side.

(The images below are only a selection of images from the links above). 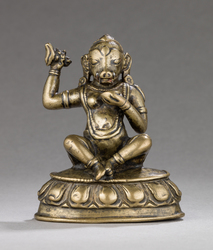 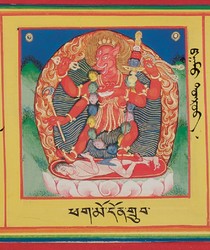 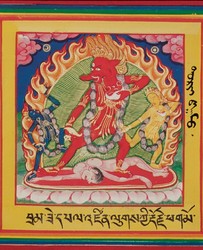 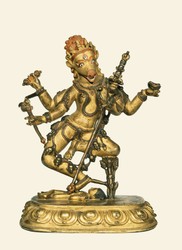 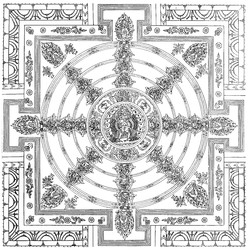 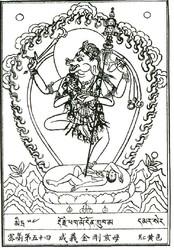 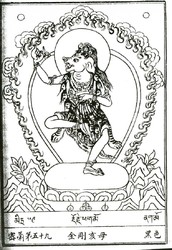 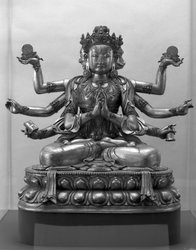 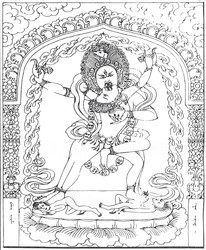 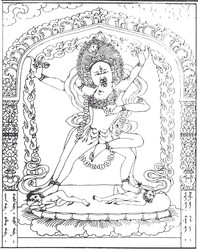