Karamukha Chakrasamvara Mandala. Donkey-faced Chakrasamvara. Both the central male figure and the consort have donkey faces. The two side faces of Chakrasamvara are human in appearance, white and red in colour. The consort sometimes is depicted with one face and sometimes with three. She can also appear with either two arms or six.

By comparing the example images below it is clear that there are at least two traditions for depicting both the forms of the central figures and the construction of the mandala and appearance of the retinue figures. The painted examples below belong to the Sakya and Jonang traditions.

There is also an unrelated horse/donkey-faced Hevajra, green in colour, belonging to the Buddha Family of Amoghasiddhi. 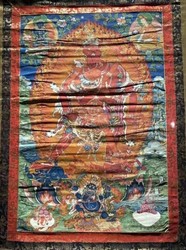 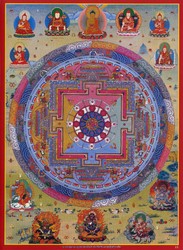 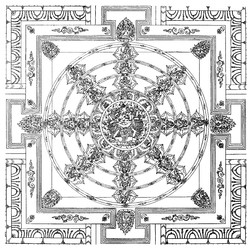 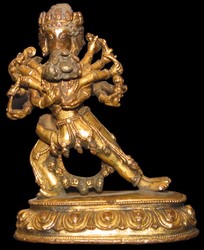 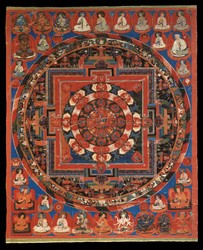 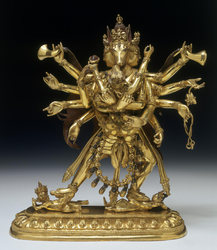 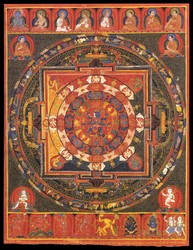 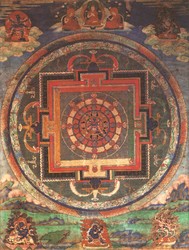