The paintings in this gallery primarily depict the first three Karmapas. The works were all created in the 13th and 14th centuries and depict the Karmapas wearing a black hat. Granted, the hat is not as ornate as the black hat created by the Yongle Emperor of China and given to the 5th Karmapa Deshin Shegpa (1384-1415). Regardless of that, the paintings in this gallery clearly show that the Karmapas had a tradition of wearing a black hat prior to the gift of the Chinese Emperor. Some of the examples below depict Karmapa as a secondary figure in the composition.

(The text and images displayed on this page in no way state or imply that these constitute the only early paintings depicting Karmapa. These images are what is currently represented on the HAR website). 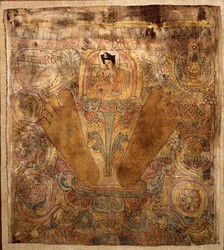 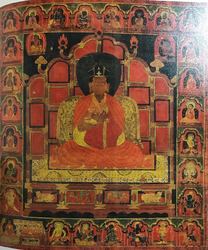 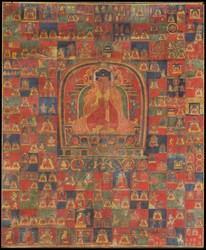 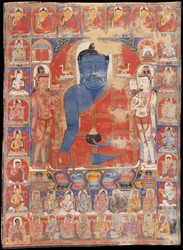 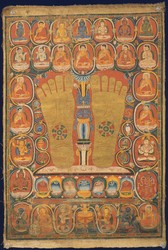 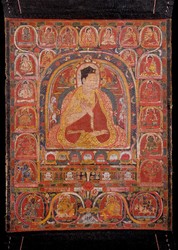 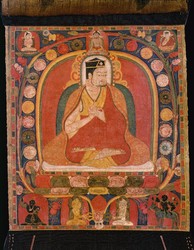 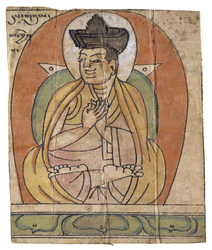 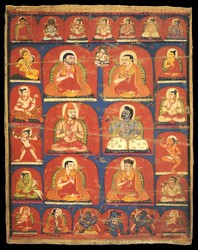