Chakrasamvara has many different forms and appearances from a solitary single faced figure with two arms to a multi headed multi armed wrathful deity with a large retinue of surrounding figures. The most common numbers for the central figure and retinue figures are five, thirteen and sixty-two. The most common of these are the four principal retinue figures called 'Dakini.' Each figure has one face and four arms, a unique colour, standing with the right leg straight and the left leg bent. They are named red Khandaroha, green Lama, yellow Rupini, and dark blue Dakini and stand in the four directions around the central Chakrasamvara figure. Around the four dakini are the outer retinue figures in three concentric circles - fifty-four paired couples. These paired figures are not found as common as the in sculptural form. 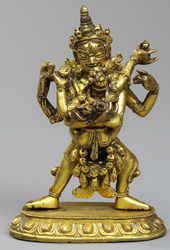 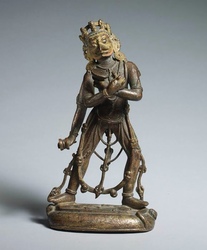 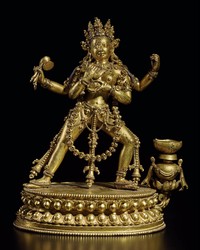 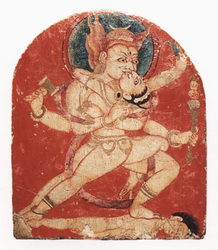 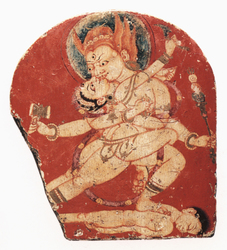 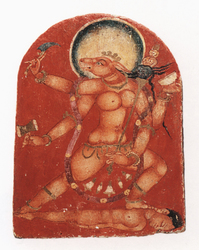 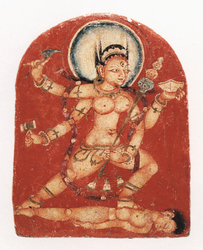 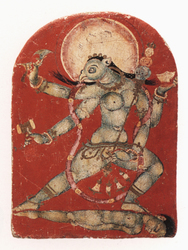 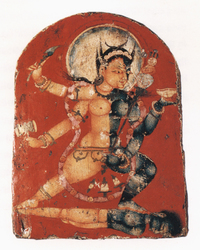 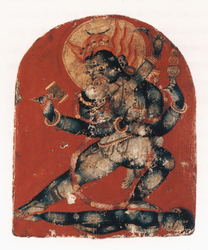 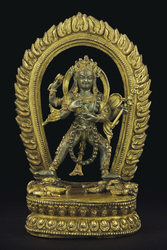 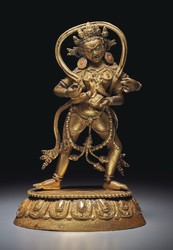