The Shambhala Kings are related to the meditational system of Kalachakra and the background myth surrounding its early creation and continuing influence in Tantric Buddhism. In early painted works the kings are depicted in King Appearance following standard Himalayan and Tibetan iconography. In later times, possibly based on the preferences of the Jonang tradition, the individual kings became associated with particular bodhisattva and deity figures taking on their appearance and attributes. 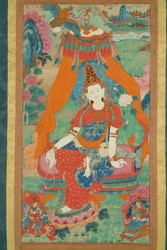 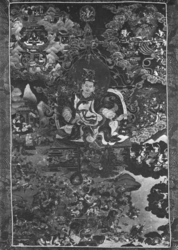 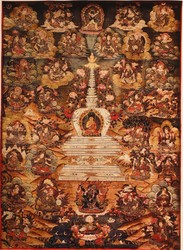 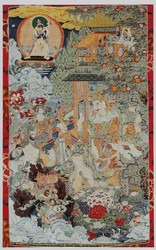