1. Drala is the name of a class of indigenous gods inhabiting the Himalayas, Tibet and Central Asia. They are found in both the Bon and Buddhist religions. In Tibetan Buddhism, the Drala are said to have been subjugated and then forced into the service of Buddhism as worldly protector gods by the 8th century Indian teacher Padmasambhava.

The Tibetan word 'drala' was originally spelled as dgra bla or skra bla in Bon literature. In the Bon Religion a Drala refers to a 'life god' associated with a person, tribe or place. See a depiction of Drala Yesi Gyalpo the special protector and 'life god' of the Bon Religion founder Tonpa Shenrab - when he was a mere boy - according the early life stories. It is believed that over time the Buddhist traditions changed the spelling to 'dralha' (dgra lha) giving the word the new meaning of 'Enemy God.' The Dralha were then incorporated into the pantheon of Buddhist protector deities. 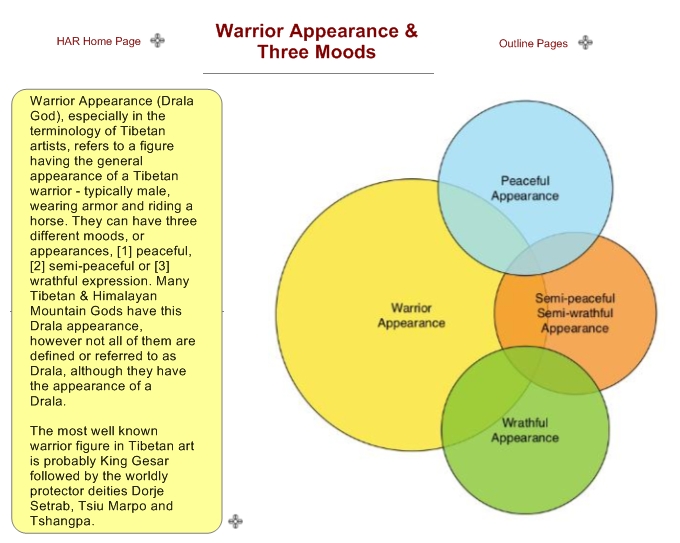 2. Warrior (Drala) Appearance, especially in the terminology of artists, refers to a figure having the general appearance of a Tibetan warrior - typically male, wearing armor and riding a horse. They can have a peaceful, semi-peaceful or wrathful expression. Many Tibetan & Himalayan Mountain Gods have this Drala appearance, however not all of them are defined or referred to as Drala, although they have the appearance of a Drala.

For all of those gods that are classified as Drala, when appearing in a painting composition, typically Krodha Vajrapani blue in colour and wrathful in appearance, is placed above at the top center. This indicates that the Drala are worldly gods under the watchful gaze of the powerful Vajrapani. Some paintings will alternately have Padmasambhava at the top center. It is very easy to confuse the appearance of an ordinary protector Drala from the various sub-sets and the figure of King Gesar who is often depicted in Drala appearance. Many commonly known gods and deities have Warrior (Drala) Appearance. 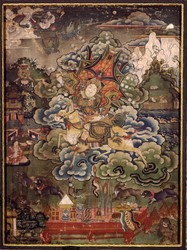 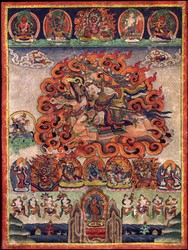 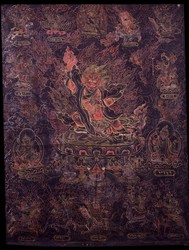 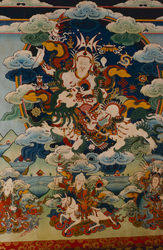 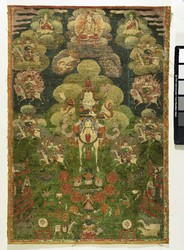 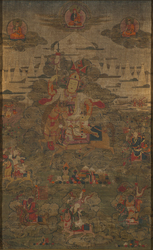 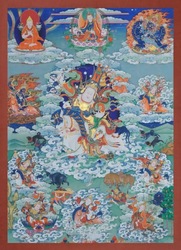 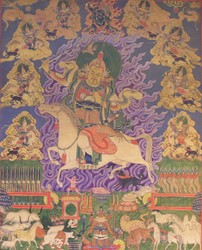 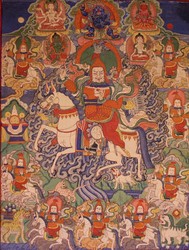 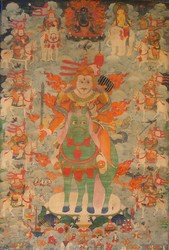 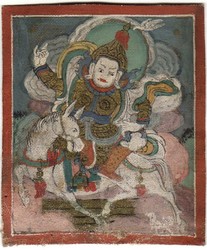