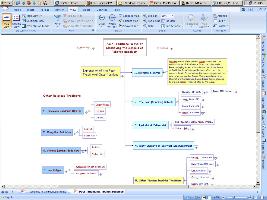 1. Nyingma & Sarma: Nyingma means old or ancient. Sarma means new. The earliest forms of Buddhism in Tibet are collectively known as Nyingma. With the introduction of new forms of Buddhism from India and Kashmir after the 11th century the old forms took on the name Nyingma and the new forms were called Sarma. The principal new forms (Sarma) are the Kadampa, Sakya, Dagpo Kagyu, Shangpa Kagyu and Jonang, followed later by the Gelug Tradition.

2. The classification of the Four [Principal] Schools of Tibetan Buddhism is the most commonly known and used although probably the least useful in understanding the complexity of the traditions especially in understanding the religious context of the art on the HAR site. The Four Schools are the (1) Nyingma, (2) Sakya, (3) Kagyu and (4) Gelug. The Fifth Dalai Lama in the 17th century is recorded as using this terminology to list the principal Buddhist Traditions of Tibet. He describes them as the four schools of Buddhism [cho lug] and then the Bon Religion [Bon lug]. This written statement of the Fifth Dalai Lama has come to be misconstrued in recent times and taken to mean that there are five schools of Tibetan Buddhism, which are the four principal schools and then Bon as the fifth school. This is rejected by followers of the Bon Religion that maintain that there are only two main religions of Tibet, Bon which came first and Buddhism which came later. For the Bon there is no discussion of five schools - it is a Buddhist imposition.

3. Red Hat & Yellow Hat is a late classification that is most commonly used in Mongolia and China and rarely in Tibet or the Tibetan cultural regions of the Himalayas. Yellow Hat refers specifically to the Gelug School dominant in the two areas of Mongolia and China after the 17th century. Red Hat refers collectively to all of the Buddhist Schools that are not Gelug, such as Nyingma, Sakya and Kagyu, etc. Tibetan followers of the Gelug Tradition referred to themselves as the Yellow Hat Tradition, this is found in Tibetan Gelug writings and liturgical verses, but it is unclear when this classification began and when the other non-Gelug traditions became the Red Hat Tradition. According to this system the most important and iconic of the 'Red Hat' Lamas is Padmasambhava. The principal 'Yellow Hat' lama is Je Tsongkapa, founder of the Gelug Tradition.

4. The Eight Chariots of Spiritual Accomplishment is another late classification popularized by Jamgon Kongtrul Lodro Taye in the 19th century. This system lists what Kongtrul promotes as the most significant practice traditions of Tibetan Buddhism. The Eight Chariots system of classification is not widely used or promoted outside of the Rime movement of the 19th century, but it does however give insight into what the Nyingma, Sakya and Kagyu Lamas of the Rime Movement considered to be of significant importance.