Additional references to the Eight Chariot system are found in the writings of a Lama of Chonggye Palri Monastery, an important teacher of Jigme Lingpa (1729-1798). [Information source Alak Zenkar Tuden Nima].

The Dege block print images are a 20th century creation as evidenced by the depiction of Jamyang Khyentse Chokyi Lodro at the bottom center of at least two of the compositions. The Dege Printing House set has nine compositions in total representing the Eight Chariots. In the Dege set the Jonang and Shalu Traditrions are listed together and depicted in a single composition. The Mind Training system of the Kadampa is represented by Atisha as the central figure and the Gandenpa Tradition represented in a separate composition by Tsongkapa. The composition of Tsongkapa was likely added to balance out the set making sure to have a central painting (Padmasambhava) and four compositions on each side of that to balance the complete composition. 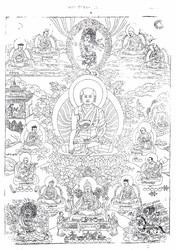 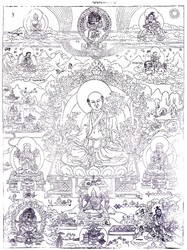 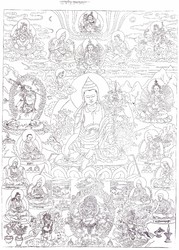 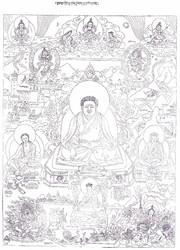 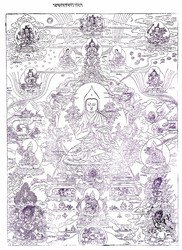 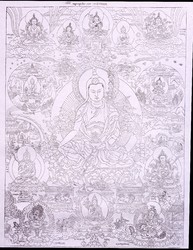 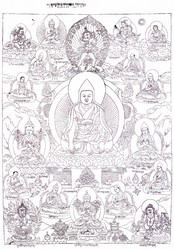 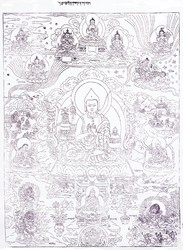 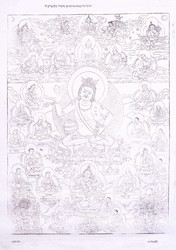