The function of long-life is considered as one of the important categories of Buddhist Tantric deities. Some deities have their primary function as prolonging life while others can have additional and separate functions such as healing, meditational deity (ishtadevata), or purification to name only a few.

Some identified deities are known primarily for prolonging life while others can have multiple functions depending on the context. In Tantric theory a very imprecise distinction is made between long-life and healing. There are also categories for healing, purification and cleansing.

There are three most prominent and well know deities called the Three Long Life Deities which includes Amitayus Buddha, White Tara and Ushnishavijaya. When depicted in paintings the three have the standard appearances of their most well known iconographic forms. All are singular in appearance with Amitayus (red) and White Tara (white) having a one face and two arms. Ushnishavijaya is also white in colour with three faces and eight arms. All three deities have a variety of different iconographic forms, such as embracing a consort, variation in colour or mood, or differences in numbers of faces and arms. Those alternate forms rarely if ever appear in painted representation of the group known as the Three Long-life Deities. 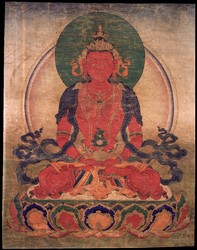 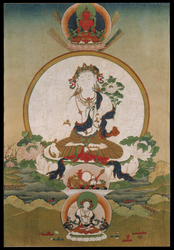 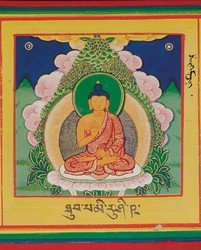 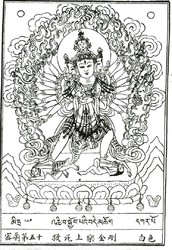 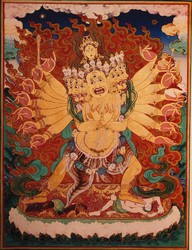