Monastic Appearance is similar to Buddha Appearance because both share the basic human figure, having one face and two hands, along with the monastic robes and clothing. The appearance is also related to Arhat Appearance. The defining characteristics are colour and shape of the clothing.

Monastic Appearance has two types, Indian and Himalayan. Generally Indian monks do not wear shirts or shoes. They can wear a pandita hat, but not all. When Indian monks are related to Tibet and depicted in historical narrative vignettes, such as Jowo Atisha, then they are typically shown wearing blue shirts to distinguish them from the Tibetan and Himalayan region monks that wear red and orange shirts. 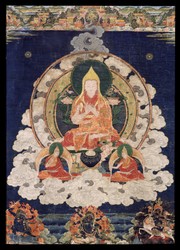 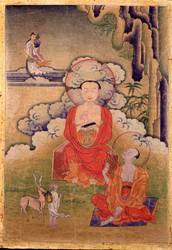 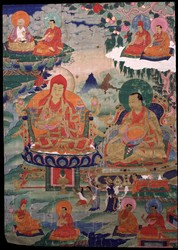 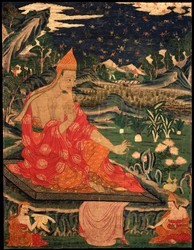 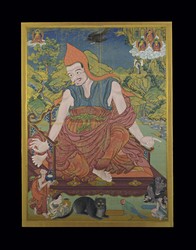 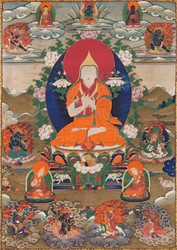 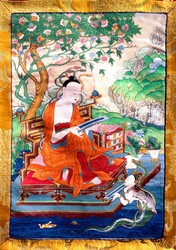 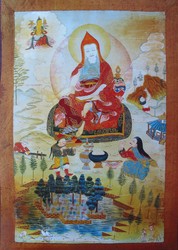 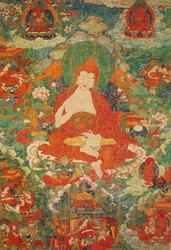 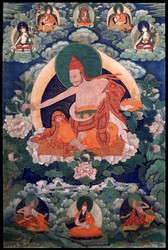 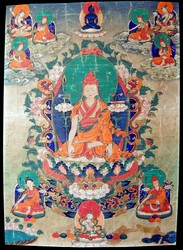 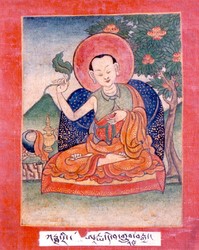