Monastic shirts are a Himalayan and Tibetan invention most likely due to the cold climate at high elevation. In the Buddhist Vinaya literature monks are prohibited from wearing a shirt. Their basic clothing are the 'three robes' - one lower and two upper. In the nun's Vinaya there is a permitted article of clothing that is a shirt that functions as a bra. The monks in colder climates adopted and adapted this article of clothing to also serve as a shirt. All prescribed articles of clothing for monks and nuns are sleeveless. With painting and sculpture the upper robe can cover the right and left arms as desired by the artist or the dictates of iconography.

There are two main types of monastic shirts depicted in sculpture and distinguished by shape. The first has a rounded or curved shoulder covering (as highlighted in this gallery). The rounded edge is chronologically earlier and can be found with sculpture from the 12 to 14th, early 15th centuries. The second type of shirt has a square or rectangular piece of cloth added to the shirt that covers the shoulder. The square edge shirts begin to appear in the 15th century. With sculpture the square edge essentially replaces the rounded edge shirts from this period onward except in a very few number of paintings where the monastic tradition is being highlighted. (See two early painting examples of monastic shirts with rounded edges: Example 1, Example 2. See two late examples: Example 1, Example 2.). 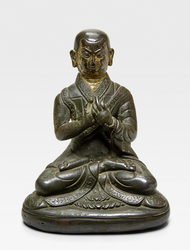 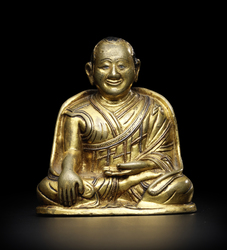 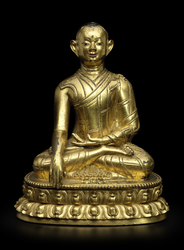 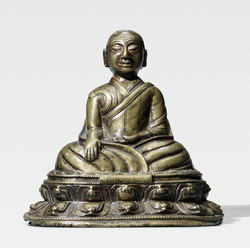 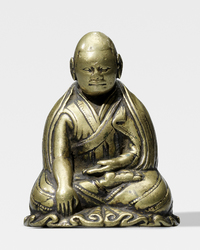 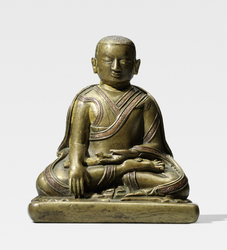 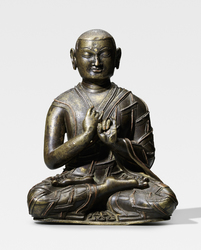 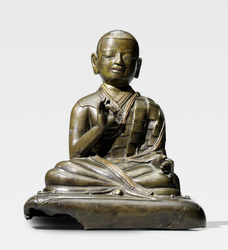 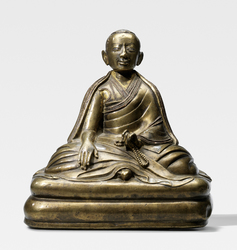 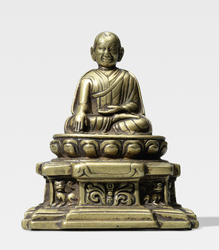 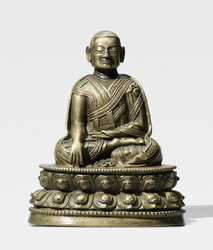 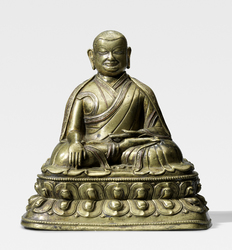