It is possible that the popularity of Shanglon began with, and is based upon, the protectors inclusion in the Rinjung Gyatsa initiation text of Taranata (circa 1600). Shanglon Dorje Dudul - Outer Accomplishment - is depicted in each of the Medicine Buddha compositions exhibited below. Sometimes he is alone and in other compositions he is accompanied by the consort and four retinue deities.

There are two paintings where both forms of Sganglon are depicted in the compsition: #100623, #99129 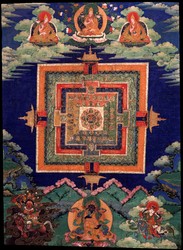 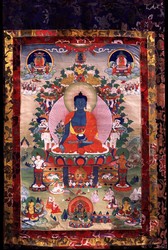 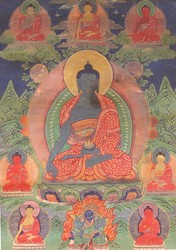 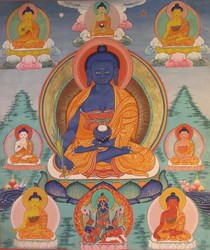 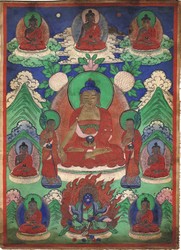 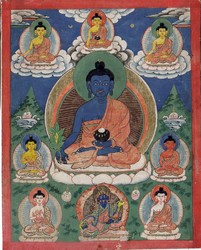 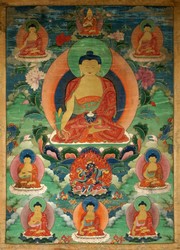 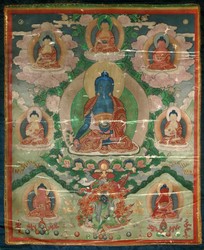 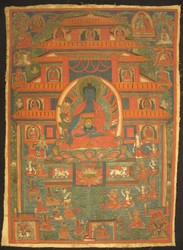 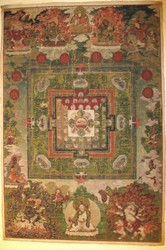 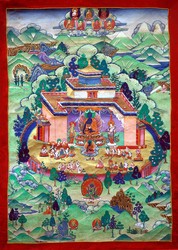 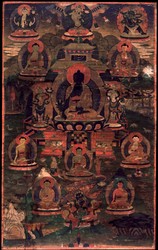