Born a Brahmin in Kapilavastu, Kukkuripa practiced Buddhist tantra in an attempt to solve the problems of life. He adopted the lifestyle of an ascetic yogin, eating only what was offered to him in his begging bowl as he traveled from place to place.

While begging his way to Lumbini he came across a dog, a sick starving bitch. Feeling pity and compassion for the animal, he carried her with him until he found a cave where the two took up residence. Kukkuripa would beg during the day and each night bring the sick dog whatever food he acquired.

After twelve years of continuous meditation he achieved the magical powers of prescience and divine insight. Gaining the attention of the gods of the Thirty-three Sensual Heavens, Kukkuripa was invited to feast with them and enjoyed the infinite pleasures of their heavenly realm. Yet no matter how blissful the indulgences of the heavens, Kukkuripa never forgot about the dog. When he told the gods of his companion they tried to convince him to stay in heaven, saying that one dog does not matter and is not worth leaving the luxury and comfort of paradise. Although the gods did succeed in keeping Kukkuripa there longer than he had planned, his love for the dog never ceased and he eventually retuned to her.

When he greeted the dog and caressed her head, the bitch suddenly became a Dakini and spoke to him, telling him that he had proven his worth by overcoming heavenly temptation. He obtained supreme realization, an attainment far greater than the pleasures of the gods. He lived the rest of his life as a great teacher and was revered by the people of Lumbini and Kapilavastu until he entered the Dakini's paradise. 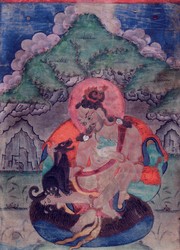 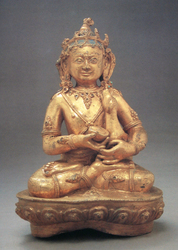 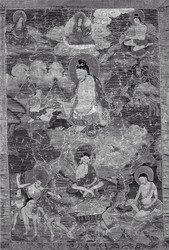 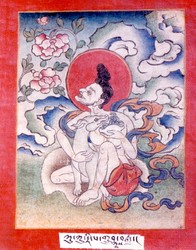