[57] Mahachinakrama Tara.
Tara, black, [with] one face and four hands. The first two [hands] hold a curved knife and skullcup. The lower right a sword and the lower left an utpala. [With] three eyes and bared fangs, brown hair bristling upwards, swelling breasts and a belly hanging down. Having a lower garment of tiger skin and adorned with skulls and snakes. Standing on a corpse seat in a manner with the left leg extended.

[58] Vajra Tara: Vajra Tara arising from the [Vajra] Panjara [tantra].
Vajra Tara, with four faces and eight hands. The main face is yellow, the right black, the left red, and behind white. Each face has three eyes. The four right hands hold, a vajra, arrow, conch and [gesture of] supreme generosity. The four left, an utpala, bow, hook and wrathful [gesture] together with a lasso. ... Having three eyes [and the faces both] smiling and fierce. Having jewel ornaments and garments of silk. Seated in the vajrasana [posture]. (Extracted from the text 'A Lamp Removing Obscurations' by Ngorchen Konchog Lhundrub, 1497-1557). 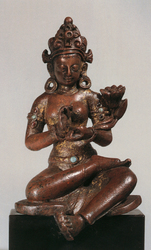 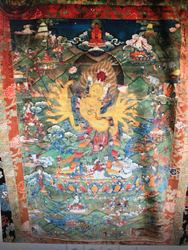 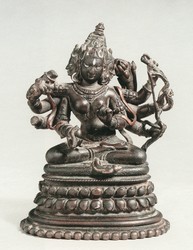 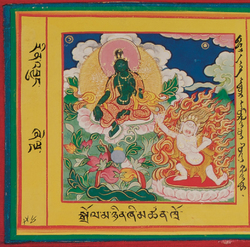 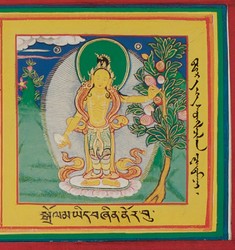 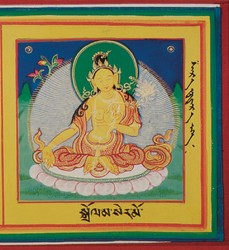 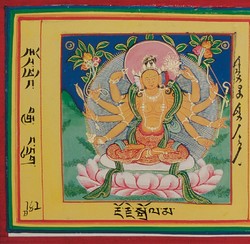 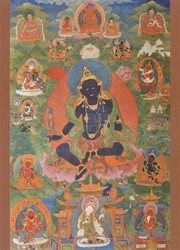 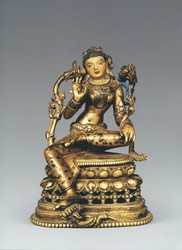 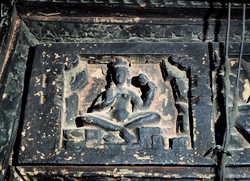 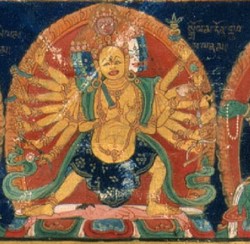 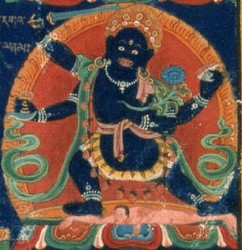