Tara, a meditational deity in either the white form or green, is associated with the Eight Great Fears: (1) water, (2) lions, (3) fire, (4) snakes, (5) elephants, (6) thieves, (7) false imprisonment and (8) ghosts are meant literally, but also have a deeper significance. Tantric Buddhism commonly presents an interpretive model having three and sometimes four levels of meaning: 1. Outer, 2. Inner, and 3. Secret. The outer meaning of the eight fears are exactly as described above which are real fears experienced in ancient times and even now in the present day world. They all relate to the physical person and the fears presented in a physical material world. The inner meaning relates to passions, ego and negative emotional characteristics. The inner meaning relates to the mental world. The secret meaning has to do with tantric techniques and philosophies to transform these negative mental states into enlightened, or realized, states.

From Indian sources Tara is a completely enlightened buddha who had previously promised to appear, after enlightenment, in the form of a female bodhisattva, goddess-like, for the benefit of all beings. In one Tibetan tradition, based on the apocryphal text called the Mani Kabum, Tara is described as emanating as a tear from the form of Avalokiteshvara with eleven heads and one thousand hands. Her ten syllable mantra and the short tantra text known as the 'Twenty-One Praises of Tara' spoken by the buddha Samantabhadra are memorized and popularly recited by all Tibetans from the time of early childhood.

(The images below are of the Eight Fears in a Single Composition). 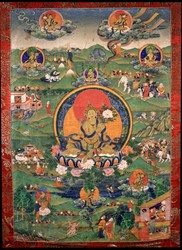 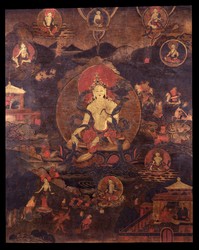 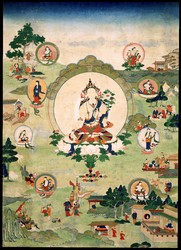 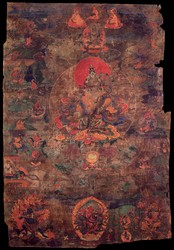 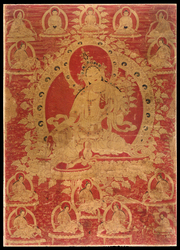 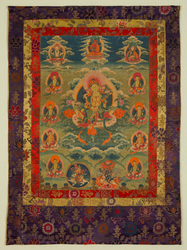 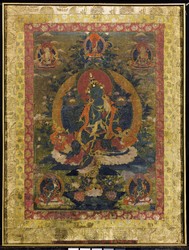 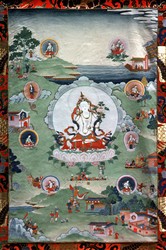 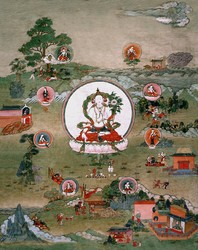 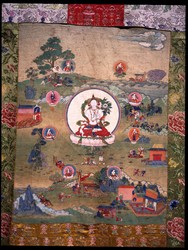 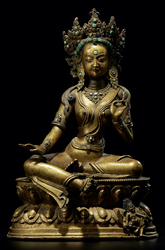 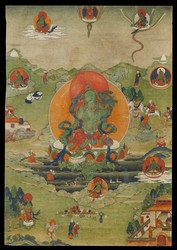